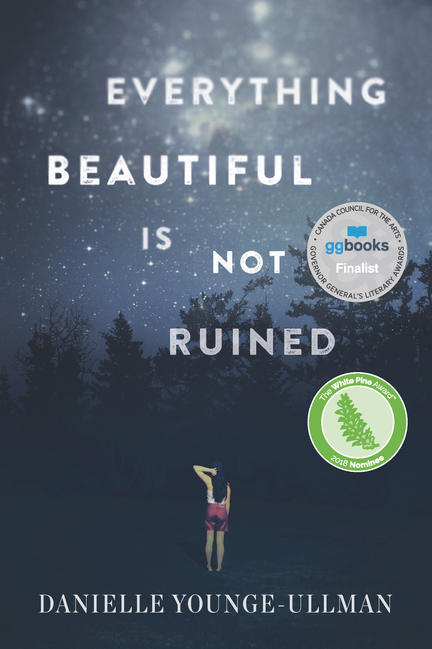 Like Wild for teens! In the tradition of Sara Zarr and A. S. King, a girl must survive an extreme wilderness experience to prove to her mother that she has the strength to pursue her dreams.

When she was a little girl, Ingrid's entire world was her mother: Margot-Sophia, the brilliant and sophisticated opera star. So when Margot-Sophia loses her singing voice, Ingrid loses everything. The two of them move to a small, normal house in a normal town, where Ingrid tries to convince her mother that there must still be something worth living for. It's in this small, normal life that Ingrid discovers her own passion for the theater arts. But Margot-Sophia refuses to support her daughter's dreams. They strike a deal: if Ingrid makes it through a summer of an extreme wilderness experience, then she can have her chance to pursue life as a performer. Over the course of this summer, Ingrid is stripped of every dignity and freedom. But she also comes to terms with her inner demons -- and finally confronts the secret tragedy that defines her.

DANIELLE YOUNGE-ULLMAN studied English and Theater at McGill University in Montreal, then worked as professional actor for ten years. This was character-building time during which she held a wild variety of acting and non-acting jobs--everything from working on the stage and in independent films, to dubbing English voices for Japanese TV, to temping, to teaching pilates. She now lives in an old house in Toronto that's constantly being renovated, with her husband and two daughters.

"[An] emotionally resonant, fabulously crafted novel . . . You don't have to be 17 to empathize with Ingrid; her struggles are universal, even if her specific circumstances are not." --Starred Review, Quill & Quire

"Younge-Ullman’s subtle approach to narrative pacing allows readers to accompany Ingrid on her journey to fully confront and accept her past as she discovers her own true voice." --Kirkus Reviews

"[A] compelling tale of loss and self-discovery." --School Library Journal

"Part outdoor adventure tale, part school story, part family drama, this is a story that will engage teens on multiple levels." --VOYA
"[An] honest examination of the messy pain inherent in breaking away from a parent." --The Globe and Mail

Other titles by Danielle Younge-Ullman

Canadian YA for the Twitteratti

For Teens Who Gobble Books