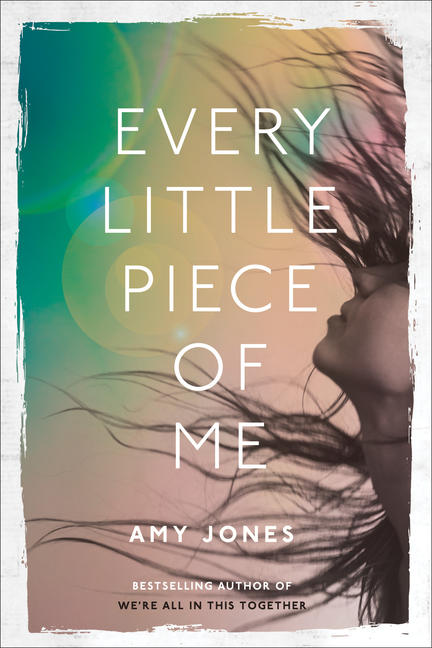 From the bestselling author of We're All in This Together comes a novel about family, friendship, fame, and the cost of living in the public eye— because when everyone suddenly knows your name, it's easy to forget who you really are.

"The first time they met, Mags saved Ava's life. The second time they met, Ava saved Mags's."
Ava Hart is the most reluctant cast member of a reality TV show based on her big city family's (mostly staged) efforts to run a B&B in small-town Nova Scotia. Every family has its problems, but Ava has grown up seeing her family's every up and down broadcast on national television, after the show becomes an unexpected success for reasons that will take a heavy toll on the Harts.
Mags Kovach is the charismatic lead singer of a struggling Halifax rock band hoping to be the Next Big Thing. For years she's managed to contain her demons and navigate the uglier aspects of being a woman in the music world, but after a devastating loss, she turns her anger on the only person she can: herself.
As their private tragedies continue to set social media and tabloid headlines on fire, their every move subjected to an endless stream of public commentary, it will be their unexpected friendship that will save them. They will push back against the roles they've been forced to play, and take back control of something they thought they'd lost forever—the right to their own stories.

Originally from Halifax, Amy Jones is a graduate of the Optional Residency MFA Program in Creative Writing at UBC. Her short fiction has appeared or is forthcoming in several Canadian publications, including The New Quarterly, Grain, Prairie Fire, Event, Room of One’s Own, The Antigonish Review, and 08: Best Canadian Stories. In 2006, she was the winner of the CBC Literary Award for Short Story in English, and she won the 2008 Metcalf-Rooke Award. Amy currently lives in Toronto

Excerpt: Every Little Piece of Me (by (author) Amy Jones)

Named a Best Book for Summer by the Globe and Mail, Chatelaine, and NOW Magazine
Named a Book of the Month Pick by the CBC and Loan Stars

"Amy Jones will make you laugh out loud—until she breaks your heart. . . . An engrossing satire of celebrity culture and its impact on the identities and family lives of those who fall victim to it. . . . Every Little Piece of Me is a joyous read about two women carving out a freedom for themselves in a world desperate to pin them down." —Halifax Magazine

"Amy Jones opens up a window of understanding into the lives of celebrity girls 'gone wild' that is entertaining, thoughtful and moving. . . . Her complicated female protagonists are authentic and satisfying. Jones' piercing portrayal of the effects of fame stays with the reader long after the story has ended. . . . This fast-paced, entertaining story provides new insight into privacy, fame, notoriety, and people's need to own their personal stories." —Winnipeg Free Press

"Jones's savvy novel has everything you'd want from a summer read. It's a deep dive into the entertainment business, and its account of personal loss has a strong emotional punch." —NOW Magazine
"[Jones is] an author with a big heart and equally generous sense of humour. . . . Every Little Piece of Me [is] a celebration of women's relationships." —Toronto Star
"Addictive. Jones creates two compelling, complicated female characters in Ava and Mags, and keeps the narrative zipping along with clear, concise prose and a knack for memorable episodes. These clear talents are why I can't wait to see what else she writes." —Globe and Mail

"Jones is a wicked prose stylist. . . . Hugely entertaining . . . Every Little Piece of Me makes you think and makes you laugh. Which is sometimes exactly what you need." —Quill & Quire (starred review)

"The best novels shine a light on the truth about what it means to be human, revealing both the frailties and strengths that exist within all of us. Amy Jones's Every Little Piece of Me is one of these, a rare gem of a novel that burns toward a startling conclusion, revealing the essence of family, love, loss, and friendship as it does. I enjoyed so much about this novel, but what stood out most was Jones’s compassion for her characters—and for all of us. This is a story to help us navigate the confusing strangeness of an all-access world, and it's a story that should lead us to an important realization that meaningful connection could be what saves us from ourselves. Fresh, modern, furious and timely, this is one of the most relevant and unforgettable books I've read in a long time." —Marissa Stapley, author of The Last Resort

"This adrenaline rush of a novel succeeds in reminding us of the humanity forgotten behind all our flickering screens. It’s easy to fall in love with Ava and Mags and their connection to each other, to relate to their vulnerabilities, and to cheer on their strengths. Jones has written a refreshing, whip-smart story about the toxicity of our 'always on,' always online, reality TV culture. A novel with real heart." —Stacey May Fowles, author of Baseball Life Advice

Other titles by Amy Jones

20 titles that are sure to delight you.

Books with fierce female leads and a bone to pick with the patriarchy.