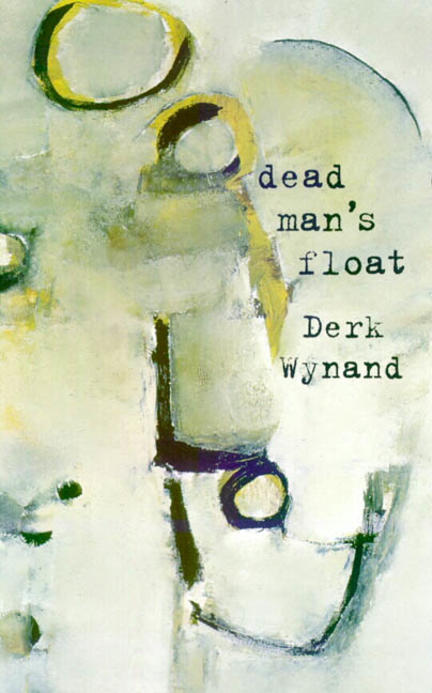 Dead Man's Float details that sad emblem of Western alienation, the tourist couple in their rented tropical Eden. Here life is temporary and not at all cheap. The wildlife is spectacular, the culture incomprehensible, and the locals politely try to hide their hilarity at Canadian pidgin Spanish. Heat, beaches, ruins - why did we think they could distract us from domestic squabbling or the 3 a.m. dreads?

Derk Wynand wrings wry existential meditations from firsthand experience of the Exotic - the First World and the Third in their ritual winter dance.

How could anyone
not adore you,
little devourer of
large moths, sticky
ceiling-hanger, light-
lurker, master of
stillness whenever it
suits you?
...
Even the steady ocean
wobbles, the surf breaking harder on the ear,
on the rocks below. All night, the night looms
loud and large, providing only small silences
for a gecko maybe feeling small, and lacking
the comforts of religion or politics or family.

Derk Wynand was born in Bad Suderode, Germany, in 1944, not quite a week after D-Day. He arrived in Vancouver with his mother and brother in the fall of 1952, half a year after his father had come to Canada to establish a new life for himself and his family. After receiving his BA in English and philosophy from the University of British Columbia in 1966, Wynand taught for the Berlitz School of Languages in Montreal and Drummondville before returning to complete an MA In creative writing at UBC in 1969, where he studied with J. Michael Yates and Michael Bullock. While there, he began to translate the works of H.C. Artmann and others, a practice he continued during his time at the University of Victoria, where he taught from 1969 to 2004, serving two terms as chair of the Department of Writing and working in many capacities for The Malahat Review, including as editor from 1992 to 1998. Soon after he started teaching at UVic, he met his future wife, Eva, who provided the impetus for much of the work that followed, collected in eight books and three chapbooks of poetry, and in an experimental novel. He lives in Victoria, BC.

Other titles by Derk Wynand