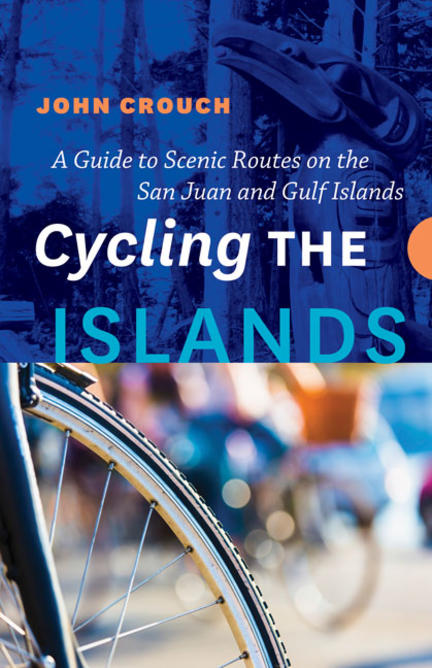 Cycling the Islands is the ultimate guidebook for those travellers looking to explore the beauty and splendour of British Columbia’s Gulf Islands and the American San Juan Islands by bicycle.

Featuring over 30 adventures on 11 different islands, each route includes a map and detailed information on local history, topography, aesthetics, places of interest, type of road, general route condition, level of difficulty, start and end points, checkpoints along the way and plenty of full-colour photographs. All of the text and accompanying information is fun, accessible, clearly laid out and easy to use.

Complete with detailed information for all travellers, John Crouch’s latest guidebook is the perfect resource for anyone heading to these popular destinations.

John Crouch is a well-known athlete and writer who has published three successful guidebooks: Bike Victoria (2012), Walk Victoria (2009), and Hike Victoria (2008), along with a memoir, Six Highways to Home: A Cycling Journey from Whitehorse to Victoria (2014). For ten years he was the editor of a professional medical journal, the BC Massage Practitioner, and was founding editor of Island Runner magazine. He has also worked with CBC Radio promoting walking and hiking in the Victoria area. John's physical and athletic pursuits embrace a number of disciplines. As a hiker and climber he has summited Mount Rainier, Mount Whitney, Mount Baker and Vancouver Island's highest peak, the Golden Hinde. As an athlete John has competed in 16 marathons and countless shorter races. His accomplishments include winning the World Endurance Duathlon Championship in the 60+ age category in Holland in 2001 and coming second in the 2007 event in Richmond, Virginia; winning the 60+ category in the American Masters Marathon Championship in Napa, California, in 2004; and was on the podium in his category in his first Ironman Canada in 2005. He lives with his wife, Lorinda, in Victoria, British Columbia.