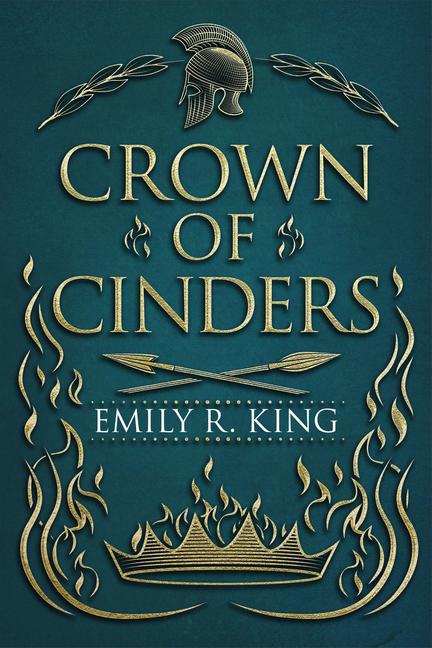 Going to battle against a Titan in the war of all wars, one woman is making history in an epic novel of ancient Greece by Emily R. King, author of the Hundredth Queen series.

May Gaea be with you…

Althea Lambros is growing into her power, wrestling with a burdensome heritage, and unwilling to concede to Cronus, the redoubtable God of Gods. For that, Cronus is making good on his promise. Calling upon the elder Titans, he’s bringing down his wrath on the world. Suffering quakes, tempests, fire, and hail, mortals are paying in blood for the war of the gods.

With the help of her friend Theo, Althea takes cover with her sisters, Bronte and Cleora. But they can’t hide forever. To mastermind the downfall of the evil king, Althea must recruit allies of her own before the aggrieved mortals surrender the sisters to Cronus in exchange for peace.

Is Althea formidable enough to win? It’ll take the help of her sisters and those willing to fight for the cause of the just. As the gods pick sides, Althea must divide heaven and earth to defeat the enemy and write the true history of the war to end all wars.

Emily R. King is a writer of fantasy and the author of The Hundredth Queen. Born in Canada and raised in the United States, she has perfected the use of eh and y’all and uses both interchangeably. Shark advocate, consumer of gummy bears, and islander at heart, Emily’s greatest interests are her four children. She’s a member of the Society of Children’s Book Writers and Illustrators and an active participant in her local writers’ community. She lives in Northern Utah with her family and their cantankerous cat. Visit her at www.emilyrking.com.

“Greek myths get a creative makeover with a refreshing female perspective…the strong female characters and enticing mix of romance and adventure make this a winner.” —Publishers Weekly

Other titles by Emily R. King

Before the Broken Star