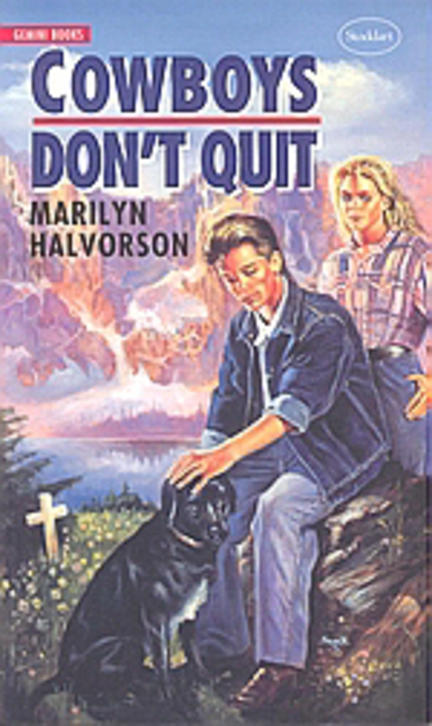 In Cowboys Don't Cry, Shane and dad finally settled into a new life on a ranch in Deer Valley, Alberta. They'd been through some rough times after Shane's mother died in a car accident and his father was drinking too much. But all that was behind them and they were getting along fine together. Or so Shane thought.

Now, in Cowboys Don't Quit, his dad is a day late delivering some bulls to a ranch in Bozeman, Montana, and Shane is a little worried. Then it's two days. When he gets back from his last day of school and his dad's still not back, Shane decides that he just can't wait around. He's going to Montana to find him.

But crossing an international border and driving hundreds of miles isn't easy when your fifteen, with no driver's license and little money, in a bald-tired old truck. With everything against him — including both sides of the law — Shane is determined to find his dad, before it's too late.

Marilyn Halvorson is the award-winning author of a number of young adult novels set in Western Canada. When not writing, she runs her cattle ranch hear Sundre, Alberta. Marilyn's other books include Blood Brothers, Brothers and Strangers, Stranger on the Run and Stranger on the Line.

Other titles by Marilyn Halvorson

Stranger on the Line

Nobody Said It Would Be Easy