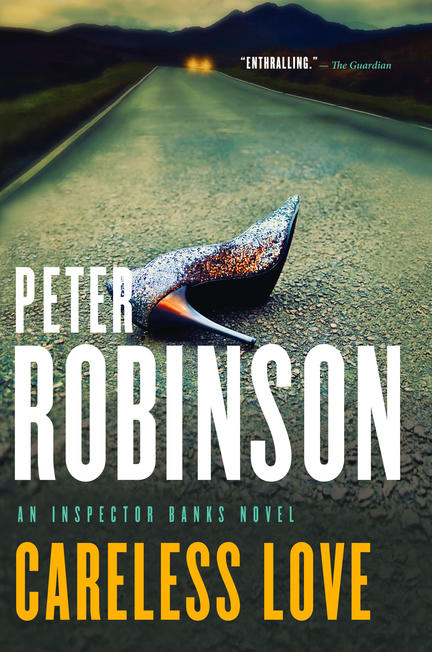 The thrilling twenty-fifth instalment in Peter Robinson's #1 bestselling Inspector Banks series, in which Banks and his team find themselves investigating two suspicious deaths.

A young, local student has apparently died by suicide. Her body is found in an abandoned car on a lonely country road. She didn't own a car. Didn't even drive. How did she get there? Where did she die? Who moved her, and why?

Meanwhile, a man in his sixties is found dead in a gully up on the wild moorland. He is wearing an expensive suit and carrying no identification. Post-mortem findings indicate he died from injuries sustained during the fall. But what was he doing up there? And why are there no signs of a car in the vicinity?

As the inconsistencies multiply and the mysteries proliferate, Annie's father's new partner, Zelda, comes up with a shocking piece of information that alerts Banks and Annie to the return of an old enemy in a new guise. This is someone who will stop at nothing, not even murder, to get what he wants--and suddenly the stakes are raised and the hunt is on.

PETER ROBINSON grew up in the United Kingdom, and now divides his time between Toronto, Ontario, and Richmond, Yorkshire. Careless Love is the 25th book in the DCI Banks series. He has also written two collections of short stories, and three stand alone novels, the most recent of which is the #1 bestseller Before the Poison, winner of the Arthur Ellis Award in Canada, Sweden's Golden Crowbar Award, and the 2013 Dilys Award given by the Independent Mystery Booksellers Association. Robinson's critically acclaimed crime novels have won numerous awards in Britain, the United States, Canada, and Europe, and are published in translation all over the world. Several Inspector Banks novels have been adapted for television by ITV and have appeared on PBS. Visit www.inspectorbanks.com.

“Careless Love is the 25th Inspector Banks mystery from gifted author Peter Robinson. . . . As always, it’s superb.” —Winnipeg Free Press
“Robinson is prolific, but with each book he manages to ring the changes.” —The Guardian

“This is vintage Banks—a dogged search for truth which never once loses its grip on its hero’s intuition and charm.” —Daily Mail

“Robinson remains the master of the police procedural.” —Mail on Sunday