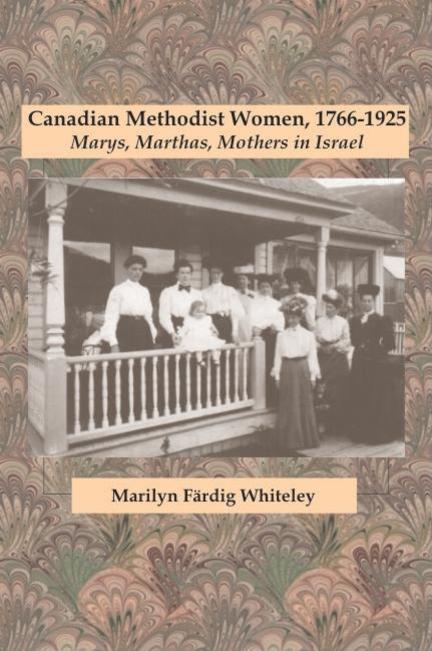 Canadian Methodist women, like women of all religious traditions, have expressed their faith in accordance with their denominational heritage. Canadian Methodist Women, 1766-1925: Marys, Marthas, Mothers in Israel analyzes the spiritual life and the varied activities of women whose faith helped shape the life of the Methodist Church and of Canadian society from the latter half of the eighteenth century until church union in 1925.

Based on extensive readings of periodicals, biographies, autobiographies, and the records of many women’s groups across Canada, as well as early histories of Methodism, Marilyn FÃ¤rdig Whiteley tells the story of ordinary women who provided hospitality for itinerant preachers, taught Sunday school, played the melodeon, selected and supported women missionaries, and taught sewing to immigrant girls, thus expressing their faith according to their opportunities. In performing these tasks they sometimes expanded women’s roles well beyond their initial boundaries.

Focusing on religious practices, Canadian Methodist Women, 1766-1925 provides a broad perspective on the Methodist movement that helped shape nineteenth- and early-twentieth-century Canadian society. The use and interpretation of many new or little-used sources will interest those wishing to learn more about the history of women in religion and in Canadian society.

Marilyn Färdig Whiteley is an independent scholar who has taught at universities in Canada and the United States and has worked at the Archives of The United Church of Canada. She is co-editor of Changing Roles of Women within the Christian Church in Canada and editor of The Life and Letters of Annie Leake Tuttle: Working for the Best (WLU Press, 1999).

Other titles by Marilyn Färdig Whiteley

The Life and Letters of Annie Leake Tuttle

Working for the Best