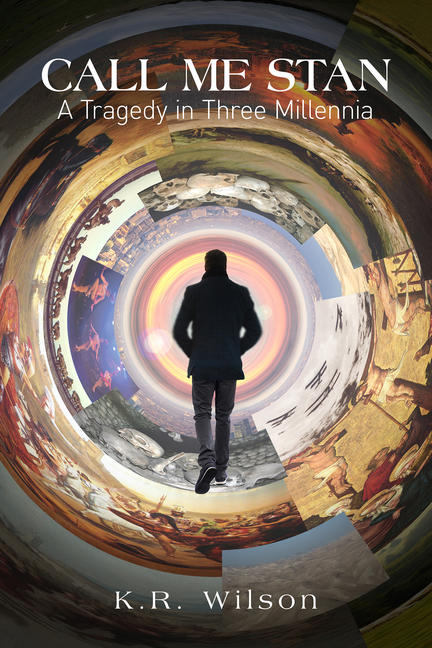 When King Priam's pregnant daughter was fleeing the sack of Troy, Stan was there. When Jesus of Nazareth was beaten and crucified, Stan was there - one cross over. Stan has been a Hittite warrior, a Roman legionnaire, a mercenary for the caravans of the Silk Road and a Great War German grunt. He’s been a toymaker in a time of plague, a reluctant rebel in the Peasants' Revolt of 1381, and an information peddler in the cabarets of post-war Berlin. Stan doesn't die, and he doesn't know why. And now he's being investigated for a horrific crime. As Stan tells his story, from his origins as an Anatolian sheep farmer to his custody in a Toronto police interview room, he brings a wry, anachronistic perspective to three thousand years of Eurasian history. Call Me Stan is the story of a man endlessly struggling to adjust as the world keeps changing around him. It is a Biblical epic from the bleachers, a gender fluid operatic love quadrangle, and a touching exploration of what it is to outlive everyone you love. Or almost everyone.

K.R. Wilson was born in Calgary in 1958. He has a bachelor’s degree in music (BMus) from the University of Calgary, with a major in theory and composition. He also has a law degree (LLB). He lives in the Toronto area with his wife and daughter. He has been, among other things, a music teacher, a delivery truck driver, and an office supplies salesman. He sings in a fine 100-voice concert choir. He likes British television, unreliable narrators, and avant garde music.

Excerpt: Call Me Stan: A Tragedy in Three Millennia (by (author) K.R. Wilson)

Names. They're so malleable.

My life started out like any other bronze age teenager’s. Shepherding. Arranged marriage. Military draft. It got more complicated when I realized I didn’t die. And it got a lot more complicated when other people realized it. Pre-modern society may have embraced a lot of theoretical immortals, but it wasn’t all that tolerant of actual immortality. Modern society isn’t noticeably better.

I cope by changing identities every 20 years or so. That creates its own complications, of course. You think you have trouble keeping track of your online passwords? Try keeping track, over thousands of years, of which name you’re using for each particular eyeblink of your life. So I try to keep a common element. I've been Drustan, Constantius, Constanze. You get the idea. Sometimes that isn't possible, so I've also been Olaf, Gestas, Jagdish, and so on. I was even Ishmael for a while. But don't call me that.

Call Me Stan is a ludicrous epic and a tender-hearted romp—an easy-reading humanist adventure that feels as if Monty Python rewrote Virginia Woolf's Orlando.

Sean Michaels, author of The Wagers and Giller Prize winner Us Conductors.

Other titles by K.R. Wilson

An Idea About My Dead Uncle