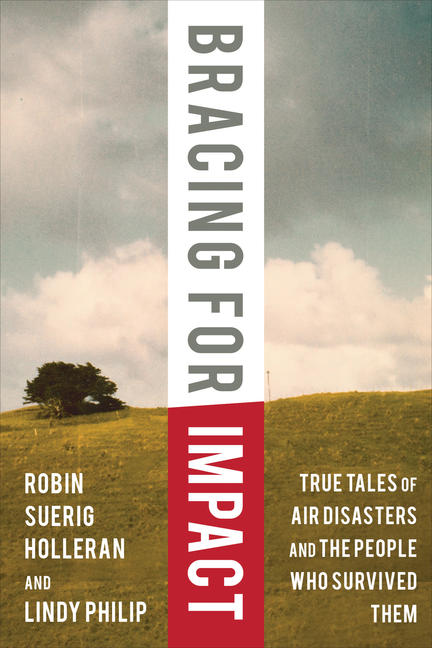 ?Surviving is a true blessing that few get to experience.”

Being strapped in the seat of a plane as it plunges into a nosedive midair is everyone’s worst nightmare. Bracing for Impact’s compilers and contributors know. They have both lived out that fear and survived, albeit badly hurt, in their own plane crashes.

In this collection of true-life survivor tales, people from all walks of life?a freelance writer, a crew member of the Lynyrd Skynyrd band, a naval flight surgeon, a teenager, and a newlywed on her honeymoon, among others?recount their traumatic narrow escapes as engines stalled, fuel ran out, hazardous weather conditions descended, and landings did not go according to plan. In the face of death, as life flashed before their eyes?or not, as some wryly note?these survivors encountered the terrific split of before and after the crash. Their lives, though preserved, would change forever.

Perhaps more significant than the crash itself is how each story plays out in the aftermath of the ordeal. In heart-wrenching, unrelenting honesty, these stories explore the wide spectrum of impacts on survivors?ranging from debilitating fear, post-traumatic stress disorder, and substance abuse, to a renewed sense of urgency, where survivors swear to live each day to the fullest and rededicate their lives to helping others.

Including the 1977 story of the Lynyrd Skynyrd plane crash that killed lead singer Ronnie Van Zant, guitarist Steve Gaines, and vocalist Cassie Gaines, Bracing for Impact is as much a horrific account of air disasters as it is a celebration and recognition of the people who survived them.

Features 45 black and white photographs of survivors and wreckages.

Robin Suerig Holleran, a crash survivor herself, is a full-time freelance writer. Five years after her ordeal, she conquered Mount Kilimanjaro, as well as her fear of public speaking. She lives in Mendham, New Jersey with her three teenagers.

Lindy Philip has been in the marketing and advertising industry for twenty years. After surviving a plane crash with her husband, she lived through her worse fears and realized she needed to become a mother. Today, she lives with her husband and two teenage sons on Vancouver Island in Sooke, Canada.

David Soucie is the owner of Sans Souci Enterprises, LLC., a disaster recovery company based in Silverthorne, Colorado. He also works with the Federal Aviation Administration as a member of the Safety Management Implementation (SMI) Committee, and serves on the Safety Management Systems Focus Group in Washington D.C. Previously, he was an aviation safety inspector at the FAA and, before that, served as the senior director of technical services for Air Methods Inc., one of the largest helicopter emergency medical operations in the world.


?I always find the perspective from the most important people?my passengers?fascinating and enlightening. Survivors of airplane crashes are even more noteworthy?[and their] stories?are very compelling. They are truly remarkable people. Bracing for Impact provides real world insight to those that have experienced the life-threatening event of an airplane crash.” “Les Abend, Boeing 777 captain and CNN Aviation Analyst