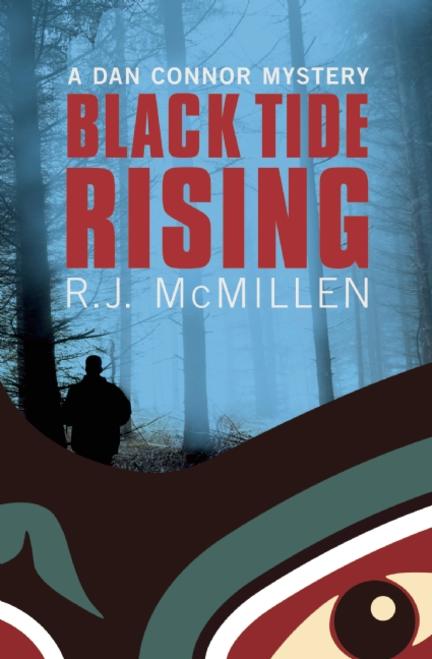 It’s been a year since retired cop Dan Connor formed an unlikely partnership with ex-criminal Walker, to find Claire, a missing marine biologist. And it's been a year since he fell for her. Now he finally has the chance to enjoy both his retirement and the relationship as he travels up the Pacific Northwest coast of British Columbia to meet her in the remote village of Kyuquot. But when Dan stops for a visit with the lighthouse keepers of Nootka Island, he finds himself pulled into yet another case involving a missing woman. But this time he discovers the mutilated remains of a sacred totem and an unsettlingly large pool of blood.

With the unexpected yet welcome arrival of Walker, the sighting of three known criminals in the area, and the discovery of a young boy's lifeless body, Dan is thrust back into active duty. Once again he must rely on his own logic and Walker's wisdom and detailed knowledge of the area to solve the case while lives hang in the balance.

R.J. McMillen has written for various publications, including Pacific Yachting, Greyzine, and Season Magazine. Born in England and raised in Australia, she spent three years working in Greece before meeting her Irish Canadian husband and moving to Canada. Three children and seven grandchildren later, she now divides her time between British Columbia and Mexico, where she shares a house with four dogs, several noisy parakeets, and an ever-increasing number of fish.

"McMillen cleary loves every square inch of her mystery’s wild setting, a distant region in British Columbia: the mists, the brooding trees, the mountains, the winds, and the waves. It’s the settings and the atmosphere that will enchant readers...Recommend this one to unregenerate nature lovers." —Booklist

"McMillen is a solid plotter and there are no extraneous clues. What really makes this novel zing is her love for the scenery and setting. You can almost smell the salt air and feel the trees. That, along with some interesting characters, makes for a terrific weekend book. This is a perfect cottage hostess gift." —Margaret Cannon, The Globe and Mail

Other titles by R.J. McMillen