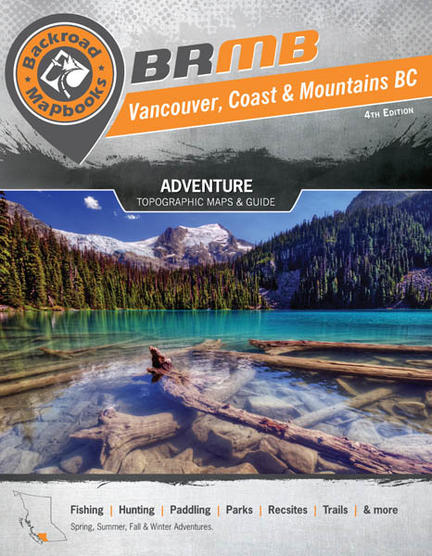 The Vancouver, Coast and Mountains region is an outdoor recreation paradise. Kayaking through a coastal fjord, skiing at a world-class downhill resort, fishing for the abundant salmon population, scaling rugged alpine peaks, canoeing down a warm inland river… the possibilities for outdoor adventure in southwestern BC are literally endless. With so much to see and do, and with such an incredible diversity of terrain and climate, it can be a real challenge to figure out where to start when planning an outdoor getaway. Luckily, our Vancouver, Coast and Mountains Mapbook has you covered. Whatever your activity of choice, you’ll find a detailed guide to getting the most out of the outdoors in the newest edition of our most popular Mapbook. With industry leading topographic maps, detailed trip planning resources and meticulously researched adventure listings, there is no better publication available for exploring the Vancouver, Coast and Mountains area.