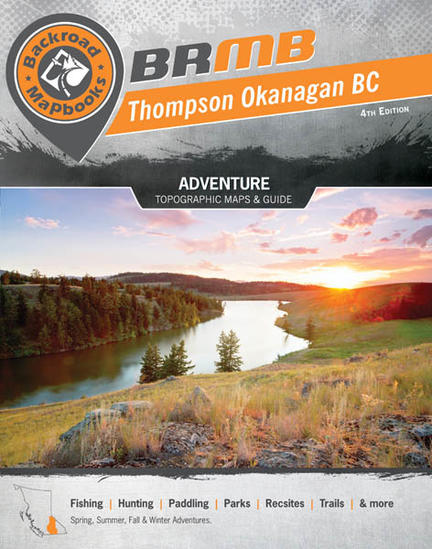 Covering the heart of BC’s interior, from the thickly forested mountains of Manning Provincial Park to the unique microclimates of Boundary Country, this book presents limitless adventure opportunities for hikers, bikers, anglers, hunters, ATVers, snowmobilers and many others. With hot summers, snowy winters and a huge variance of terrain, from inland desert to icy alpine peaks, the Thompson Okanagan is a diverse region with something to offer every type of outdoor recreationist. Some of the cleanest and warmest lakes and rivers in Canada make this a truly special place to visit in the summer, while numerous mountain resorts and backcountry areas make this one of the best places in the country to ski, snowboard and snowmobile, as well. With such a diverse landscape and an equally diverse selection of recreation opportunities, planning your Thompson Okanagan adventure can be a challenge. The newest edition of our Thompson Okanagan Backroad Mapbook is the perfect tool to get you outdoors with confidence in this spectacular part of Canada. With many updates and improvements, including extensive updates to roads, trails, paddling routes, motorized riding areas and more, this is the most comprehensive guide to outdoor adventure in the Thompson Okanagan you will find anywhere. With industry leading topographic maps, detailed trip planning resources and meticulously researched adventure listings, there is no better publication available for exploring the Thompson Okanagan.