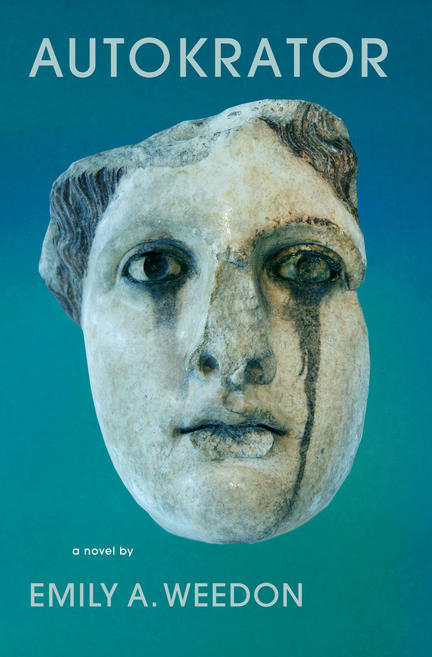 Born nameless, in a rigid, autocratic society that has relegated all women to non-person status — Unmales — two women fight against their invisibility.

The disappearance of yet another Domestic means Cera must take on extra duties and tend the rooms of The Cratorling, the young successor to the autocracy. Face-to-face with him, Cera realizes he is her son, taken from her at birth. She vows to make herself known to him, no matter the cost.

Driven by a Machiavellian mind and ego, Tiresius has successfully hidden her Unmale status in plain sight for years. She rose through the ranks of the autocracy to reach the highest levels of government. She revels in the power she has attained, but her ruse makes her a gender criminal, which is an act punishable by death.

Both Cera and Tiresius are determined to achieve their goals, but, for better or worse, their actions begin to dismantle the framework and foundations of the autocracy itself.

Hopeful and cautionary, Autokrator reimagines gender and power in society against the backdrop of an epic, deeply etched, speculative world.

Emily A. Weedon was raised in Coe Hill, Ontario and grew up on a subsistence farm with her hippie parents, at times without electricity or running water. She’s had many jobs, including scenic/set painter, graphic designer, art director in film and television, screenwriter, musician and band leader, film producer, and book cover designer. Weedon had a speaking role in a feature film, released 3 EPs of original music, wrote and produced a Fringe Festival play, and co-created two seasons of the web series Chateau Laurier. She can’t sew or tap dance and does not care to. She can’t abide petty authoritarianism. She’s written several novels, screenplays, and songs, some animated television, and a few stage plays. Autokrator is her first published novel. She lives in Toronto with her daughter, Ginger.