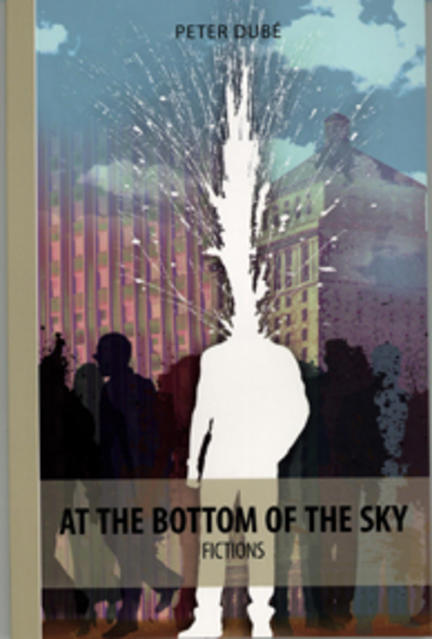 Will Aitken, the editor of this collection of fictions, said in his recommendation for Dubé’s last novel, Hovering World, that it is “queer in all the best senses of the word–non-conformist, eccentric, dissenting, crazed, aberrant, and, of course, invaluable.” What was true of that debut, is more so of Dubé’s second major work.

Thom, the protagonist, muses over the artist Terrence who torches his life’s work, over Adrian who seals himself in his flat and persuasively writes his friends that he is presently off hunting Vampires in Eastern Europe, and Zack who braves homophobic thugs in the littered, dawn streets in order to slip provocative supplements into the daily newspaper.

In a sense, this collection is about individuals whose zany imaginations have finally run away with them – somewhat like the bus Thom takes at the end of the book and whose driver announces he’s hijacking the vehicle and driving from of the city. On another level, all these characters with their obsessions are the embodiments of Greek mythic archetypes....

Peter Dubé is a Montreal-based writer. His fiction and criticism has been widely published in literary and cultural journals, including Index, Matrix, and Borderlines. He is the author of the chapbook Vortex Faction Manifesto (Vortex Editions, Montreal). Hovering World is his first novel.

WILL AITKEN has written three novels — Realia, A Visit Home, and Terre Haute — and the nonfiction books Death in Venice: A Queer Film Classic and Antigone Undone: Juliette Binoche, Anne Carson, Ivo van Hove, and the Art of Resistance, which was shortlisted for the Hilary Weston Writers’ Trust Prize for Non-Fiction. He lives in Montreal.

Other titles by Peter Dube

Palace of Champions, The

Other titles by Will Aitken