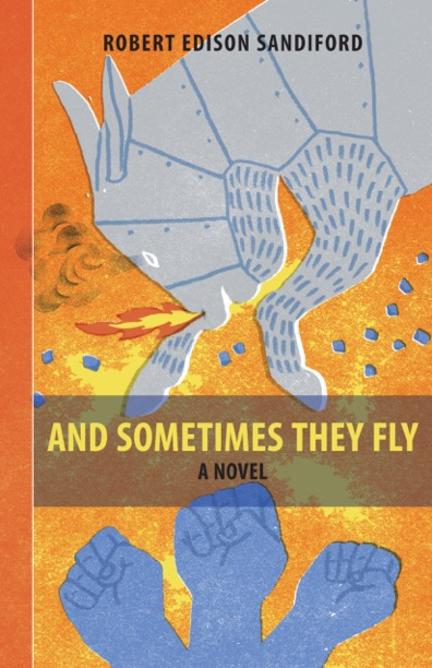 The disasters of 9/11 trigger a Cataclysm that is unleashed every so many cycles. It can only be averted by the selfless act of the Elect, a trio of exceptional humans who are guided by Milton, a being known as an Elder. The three, all Barbadians, are David Rayside, Marsha Durant and Franck Hurley. And it is their time: to save the world before the deadliest characters of their legends and myths-the baccou, the steel donkey, la djablès, and the heart man-destroy it.... All their lives, the Elect have had their abilities: David, the power of flight; Marsha, incredible strength; and Franck, super speed. With great power may come great responsibility, yet the choice to act or not remains theirs. Milton, like his adversary, Mackie (short for Machiavelli), is an Elder who can inform, not influence, the course of events. Are the Elect mature enough to decide what's best for humanity? The longer they take to agree to Milton's plan, which he can't reveal until they are all on board, the more their world is overrun with Caribbean folklore creatures.... Set in Bridgetown and Montreal ('where much of the Diaspora live'), And Sometimes They Fly questions notions of the heroic. Where do heroes-a region's but also a culture's heroes-come from? George Woodcock once noted that, unlike Americans or the British, 'Canadians do not like heroes, and so they do not have them.' Humanity is in trouble if this is also true about Barbadians.

Robert Edison Sandiford is the author of three short story collections, Winter, Spring, Summer, Fall (1995) and The Tree of Youth (2005) and Intimacy 101: Rooms & Suites (2013); the graphic novels Attractive Forces (1997), Stray Moonbeams (2002) and Great Moves (2010); a travel memoir, Sand for Snow: A Caribbean-Canadian Chronicle (2003); and edited with Linda M. Deane Shouts from the Outfield: The ArtsEtc Cricket Anthology (2007). He is a founding editor of ArtsEtc: The Premier Cultural Guide to Barbados (artsetcbarbados.com), and has worked as a journalist, book publisher, video producer with Warm Water Productions, and teacher. He has won awards for both his writing and editing, including Barbados' Governor General's Award of Excellence in Literary Arts and the Harold Hoyte Award, and been shortlisted for the Frank Collymore Literary Award. He divides his time between Canada and Barbados.

“I’ve reviewed Sandiford before, and I find his past successes repeated in And Sometimes They Fly. A cross between Joe Conrad and V.S. Naipaul, Sandiford is breathtakingly clear in his prose, and this commitment to realism serves him well in writing a story that could easily be a Twilight Zone episode.... And Sometimes They Flyis an adventure tale, a sort of Caribbean novelization of The Odyssey. If you’ve not read Sandiford before, this novel is a good place to start.” – George Elliott Clarke, The Chronicle Herald, Halifax

“You better watch out, the new batch of Elected may soon be here for you and we don’t mean by votes! They are found in And Sometimes They Fly, a mesmerizing retelling of Barbadian and Caribbean myths in a world where neither USA nor Europe are...the battlefields of modern Gods and Demons, but Barbados!” – Ian Bourne, thebajanreporter.com

“...this is more than a good-versus-bad story. Sandiford spends a lot of time examining human nature [and has an] excellent way of using words to describe a landscape. And Sometimes They Fly...is a unique and interesting read...a fantastic book.” – inkwellbook.blogspot.com

“Although the supernatural attributes of Sandiford’s characters might make them seem more at home in Homer’s and Milton’s epics, the narrative is fiercely grounded in topographical and historical detail, whether the action is occurring in Barbados or Montreal. This keeps the narrative from escaping into the purely magical, as occurs, for example, in Alice in Wonderland. It also reifies what’s asserted in the folk rhyme that is at the core of the novel: that these seemingly supernatural occurrences are also a part of reality. Injustice meted out to Caribbean First Nations, who lost their lands and for the most part their lives; and to Africans: first as de jure slaves and later as de facto slaves, and which to this day remains unrequited, plays a significant role in the novel’s apocalypse.

An additional pleasure in the reading of this work is to be found in Sandiford’s beautifully wrought prose. It is oftentimes lyrical, recalling Toni Morrison’s (without her prolixity) and James Baldwin’s.” – H. Nigel Thomas, The Caribbean Writer

Other titles by Robert Edison Sandiford

The Tree of Youth and Other Stories