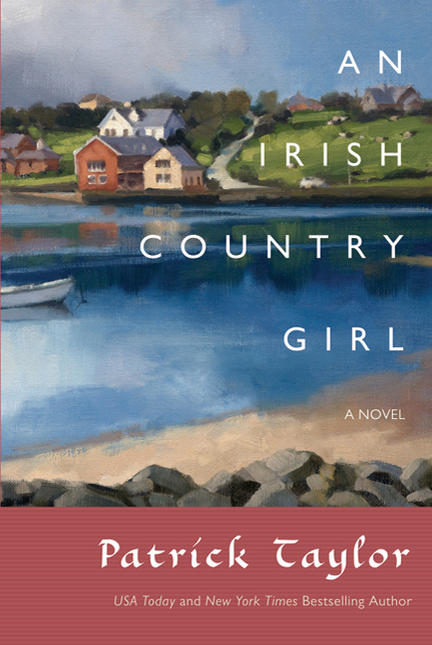 TheNew York Times bestselling tale of heartbreak and hope from the author ofAn Irish Country Doctor
Readers of Patrick Taylor’s books know Mrs. Kinky Kincaid as the unflappable housekeeper who looks after two frequently frazzled doctors in the colourful Irish village of Ballybucklebo. She is a trusted fixture in the lives of those around her, and it often seems as though Kinky has always been there.

Nothing could be farther from the truth.

Some forty-odd years before and many miles to the south, the girl who would someday be Kinky Kincaid was Maureen O’Hanlon, a farmer’s daughter growing up in the emerald hills and glens of County Cork. A precocious girl on the cusp of womanhood, Maureen has a head full of dreams, a heart open to romance, and something more: a gift for seeing beyond the ordinary into the mystic realm of fairies, spirits, and even the dreaded Banshee, whose terrifying wail she first hears on a snowynight in 1922. . . .

As she grows into a young woman, Maureen finds herself torn between love and her fondest aspirations, for the future is a mystery even for one blessed with the sight. Encountering both joy and sorrow, Maureen at last finds herself on the road to Ballybucklebo---and the strong and compassionate woman she was always destined to become.

An Irish Country Girl is another captivating tale by Patrick Taylor, a true Irish storyteller.

Patrick Taylor was born in 1941 in Bangor County Down, Northern Ireland. After medical and specialist training in Ulster, he emigrated to Canada in 1970 to pursue a career in academic medicine. He has held appointments at a number of universities and retired in 2001 to write and sail full-time. Now and in the Hour of Our Death is his fourth book of fiction. Taylor lives on Bowen Island, B.C., with his wife, Kate.

Other titles by Patrick Taylor

An Irish Doctor in Peace and at War

An Irish Doctor in Love and at Sea

Stories of the Irish Troubles