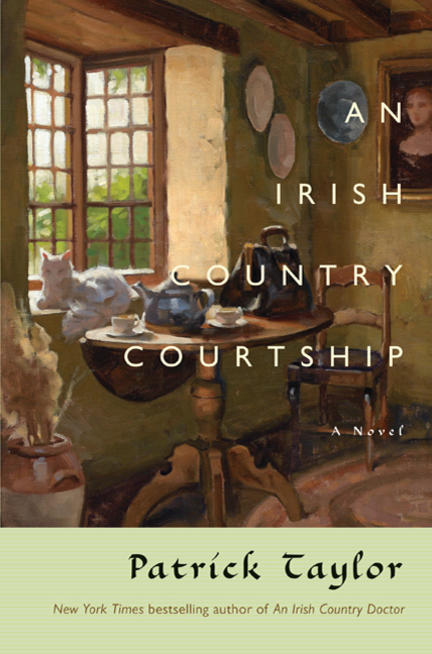 Welcome to the colourful Ulster village of Ballybucklebo, where two doctors work hand in hand to mend the bodies and spirits of the town's diverse and engaging inhabitants. But who is looking after the wounded hearts of the doctors?

After less than a year, young Barry Laverty, M.B., is settling in to the village, with only a few months to go before he becomes a full partner in the practice. He's looking forward to becoming a fixture in the community, until an unexpected romantic reversal gives him second thoughts. Will he truly be happy tending to routine coughs and colds for the rest of his career? After all, even when a more challenging case comes along, like a rare tropical disease, all he can do is pass it on to a qualified specialist or big-city hospital. As much as Barry enjoys the rough and tumble of life in County Down, is running a humble GP's shop all he wants out of life?

Barry's mentor, Doctor Fingal Flahertie O'Reilly, is going through some personal upheavals as well. After mourning his deceased wife for decades, he's finally allowed a new woman into his life. But this budding courtship is not going over well with Kinky Kincaid, the doctors' redoubtable housekeeper, who fears having her position usurped by O'Reilly's new flame. Tact, diplomacy, and a fair amount of blarney may be required to restore peace to the household.

Meanwhile, life goes on in Ballybucklebo, presenting both doctors with plenty of distractions from their own troubles. From a mysterious outbreak at the local school to a complicated swindle involving an unlucky racehorse, the two partners will need all of their combined wit and compassion to put things right again--just in time for their lives to change forever.

Patrick Taylor was born in 1941 in Bangor County Down, Northern Ireland. After medical and specialist training in Ulster, he emigrated to Canada in 1970 to pursue a career in academic medicine. He has held appointments at a number of universities and retired in 2001 to write and sail full-time. Now and in the Hour of Our Death is his fourth book of fiction. Taylor lives on Bowen Island, B.C., with his wife, Kate.

Other titles by Patrick Taylor

An Irish Doctor in Peace and at War

An Irish Doctor in Love and at Sea

Stories of the Irish Troubles