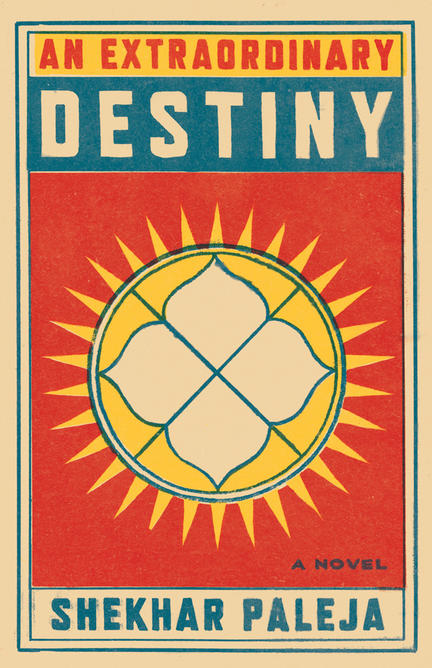 It’s 1947 in Lahore, and the Sharma family is forced to flee their home during the violence of the Partition of India. As the train tracks measure the ever-growing distance between Varoon and his mother, who vanished during the panic to escape, the boy is thrust towards an uncertain future.

Forty years later, Varoon’s grown son, Anush, desperately tries to disentangle himself from his father’s demands, which are mired in grief and whiskey. Compounding the pressure is an unusually auspicious kundali—a Vedic birth chart—which threatens to suffocate Anush with lofty expectations. But when he meets Nasreen, he feels he may finally be experiencing the incredible fate foretold. Until his father interferes and blocks his chance at true happiness.

Threading artfully through three generations of an Indian family, An Extraordinary Destiny crafts an intricate narrative that reveals, in layers, how decades-old grief rooted in the trauma of history, and couched in familial duty and custom, threaten to sever the sacred connection between ancestors and descendants.

Shekhar Paleja graduated from the University of Calgary with his BFA in Theatre, and has many film and theatre credits to his name. He has also published two children's books, Native Americans: A Visual Exploration and Power Up! A resident of Vancouver, An Extraordinary Destiny is his debut novel.