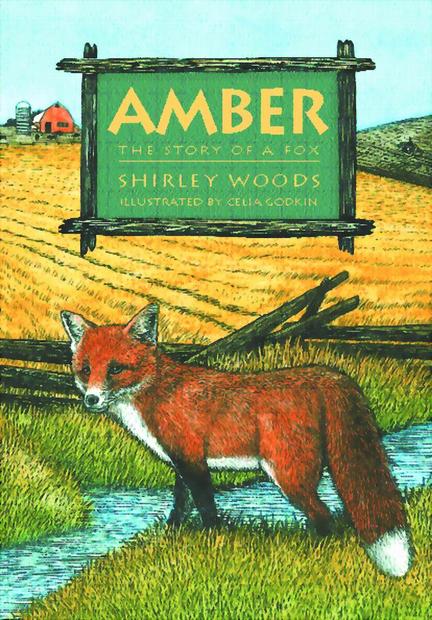 Winner of the 2005 Diamond Willow Award A Canadian Children's Book Centre Our Choice 2005 2006-2007 Red Cedar Book Award NominationChildren's Crown Award nominee For the first month of her life, Amber lives only in the den she shares with her four brothers. When at last they are ready to leave the den in late spring, Amber and the other kits overcome their fears quickly. In no time they are tumbling over each other in their eagerness to explore the delights of the world above. But playtime will soon be over. As the summer flies by, Amber's parents teach the lessons that are crucial to their survival. Foxes have many enemies, and they must learn to outwit foes stronger and faster than they are. By fall, Amber's parents have left, and her brothers have gradually gone their separate ways. Amber still has much to learn. Driven by hunger and fear, she will use every instinct and intelligence she possesses to feed herself and stay safe. One day she will be ready to find a mate and raise a family of her own. Author Shirley Woods' love of the natural world shines in this accurate portrayal of a young fox's life. A wealth of factual information about foxes is carefully woven into a story filled with adventure and suspense.

Shirley Woods always loved nature. After leaving school he served for three years in the Royal Canadian Regiment. After that he was a businessman, which is when he wrote seven non-fiction books, including The Squirrels of Canada for the National Museum. In order to devote more time to writing, Mr. Woods retired in 1989 and moved to Nova Scotia. He and his wife Sandrea live in the country near Halifax. Their house, which they share with four dogs, is on a hill overlooking the sea.

Author-illustrator Celia Godkin is is best known for her debut book, Wolf Island, which won the Children's Literature Roundtables of Canada Information Book Award. She has continued to write and illustrate children's books with environmental themes including Fire! which was shortlisted for the Norma Fleck Award for Canadian Children's Non-Fiction. Skydiver: Saving the Fastest Bird in the World has been nominated for the Green Earth Book Award. Born in England, Celia lives in Eastern Ontario.

"With good characterization and plot development, this simple story teaches as it entertains."
-- School Library Journal

"The novel is accurate about fox behaviour and life events. Woods deals straightforwardly with the natural fact that creatures hunt and eat each other...Woods keeps us interested and caring. It's a good, satisfying story."
-- Hi-Rise Community Newspaper, Toronto

". . . provides a sensitive yet scientifically correct portrayal of the developmental stages of a particular animal, its habits and habitat, couched in a well-told, often suspenseful story...Amber's habitat is the north shore of Lake Huron and environs, and it is Wood's evocation of that countryside that shifts his book from the merely excellent to the lyrical.?
-- The Globe and Mail

"...[A] touching and accurate depiction of the life cycle of a family of foxes...filled with factual information about foxes without detracting from the excitement and adventure of the story. Woods excels at capturing the extreme moments of danger Amber faces and accurately conveys feelings of suspense to his reader. This is an entertaining story that will enthral the reader and also impart to them a greater respect for the natural world. This book would be a fabulous selection for both school libraries and public libraries..."
-- Resource Links

Other titles by Shirley Woods

Tooga: Story Of A Polar Bear

the Story of a Beaver

Other titles by Celia Godkin

Saving the Fastest Bird in the World

The Renewal of a Forest

When the Giant Stirred

Legend of a Volcanic Island

the Story of a Beaver