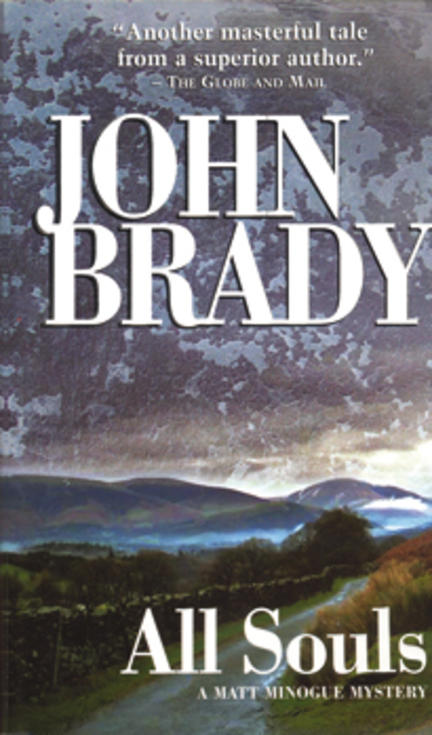 A drizzly October in Dublin has Minogue daydreaming of the piercing blue skies of Greece: he plans a surprise trip with his wife Kathleen only to be called back to sombre reality by the suicide attempt of his partner in the Garda Murder Squad, Seamus Hoey. To compound his problems, his son has been suspected of gun running. Minogue reluctantly travels to the west of Ireland to help. While he is there, he meets a colourful lawyer, and against his own better instincts, Minogue agrees to do some unofficial digging into the murder of Jane Clark, a young Canadian who was visiting Ireland ten years ago.Minogue and the groggy, beleaguered Hoey are soon enmeshed in the case of Jane Clark and her lover, Jamesy Bourke, the half-crazed poet and local eccentric who was convicted of her murder. After years of electroshock, Bourke’s memory is returning, and what he remembers is causing panic in more than one of the local people.Just as the past is another country, and Hallowe’en brings the return of chaos, Minogue descends into an underworld where he must reckon with with a dark past of violence, revenge and death. Part shaman, part cop, part innocent abroad, Minogue enters a hidden Ireland, where the ancient countryside and its forgotten peoples mutely mock and challenge his wish to make the past disclose its secrets.

John Brady is the author of ten Matt Minogue novels, some of which have been published in the US and UK and optioned for television. Islandbridge was shortlisted for the Dashiell Hammett Award. Born in Dublin, Brady frequently revisits Ireland, particuarly Minogue’s birthplace, County Clare. He lives north of Toronto with his wife and family.

Other titles by John Brady

A Stone of the Heart