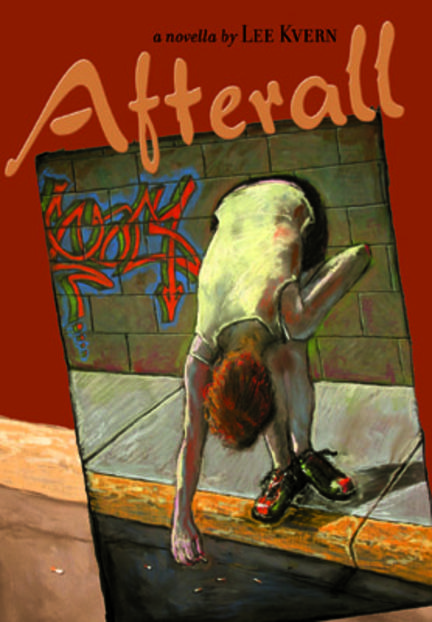 At a dinner party, Beth — thirty-six, single, and working as much overtime as she can get her hands on — impulsively announces that she's going to spend a night on Vancouver's mean streets in commiseration of the homeless. Unexpectedly, her hosts' son Mason — nine years old, small for his age, intense, intellectual and so shy he can't speak in company — whispers in his mother's ear that he wants to go with her. Mason's parents, good limousine liberals that they are, reluctantly allow him to go. Disaster, of course, ensues.

So begins this fast-paced, tightly wound, funny and quirky first novel from a fresh new voice in Canadian fiction. Follow Beth, well-meaning but ultimately misguided, through one night on the streets as she frantically searches for the boy she has lost, ruminates on the shopping cart as a status symbol, loses her shoes, meets a writer, knocks herself out cold, discovers romaine lettuce as a hair accessory, and maybe — just maybe — falls in love after all.

Lee Kvern is the award-winning author of short stories and novels. Novels: Afterall and The Matter of Sylvie were nominated for the Alberta Book Awards, Sylvie was long-listed for the Relit Award. Her short stories are also well celebrated: "White" was the national winner of the CBC Literary Awards, "I May Have Known You" was nominated for the Howard 'O'Hagan Award, and "Detachment" was a finalist in the Malahat Open Season. Her work has been produced for CBC Radio, and published in Event, Descant, and enRoute, and on Joyland.ca (New York) and Foundpress.com.

Kvern’s spirited, funny and poignant first novella takes us for one night into the plush world of Vancouver’s Kitsilano in a kind of literary equivalent of Martin Scorsese’s Soho nightmare film, After Hours . . . The novella’s saucy voice generates real narrative pull and neatly folds together high comedy and social satire. —Vue Weekly

Other titles by Lee Kvern

The Matter of Sylvie