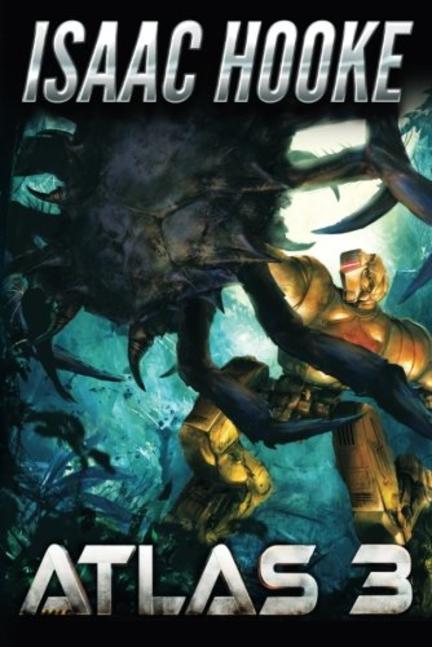 The ATLAS mechanized battle suits are the pinnacle of military technology, boasting awesome destructive power—but what is behind the armor is only human. Rade Galaal, elite soldier and ATLAS operator, has been tested—and broken—by savage battles and devastating losses. Now, an old enemy poses a new threat.

The vile insectile aliens that once threatened Earth have regrouped to engineer a new apocalyptic assault on mankind, and the ATLAS mechs are called to defend the very survival of the human race.

On the desolate, far-flung moons of Tau Ceti II, there will come a reckoning. Earth’s adversaries are legion, and the planet’s soldiers—for all of their rigorous training and amazing ordnance—are only flesh and blood. But they possess a defiant will to survive. Will Rade find the strength to reforge his shattered spirit and defeat the alien onslaught before all is lost?

USA Today bestselling author Isaac Hooke holds a degree in engineering physics, though his more unusual inventions remain fictional at this time. He is an avid blogger, cyclist, and photographer who resides in Edmonton, Alberta. His experimental genre-bending action novel, The Forever Gate, was a Kindle #1 bestseller in both the science fiction and fantasy categories when it was released in 2013, and was recognized as Indie Book of the Day. His military science fiction novel, ATLAS, became a similar bestseller one year later.

Other titles by Isaac Hooke