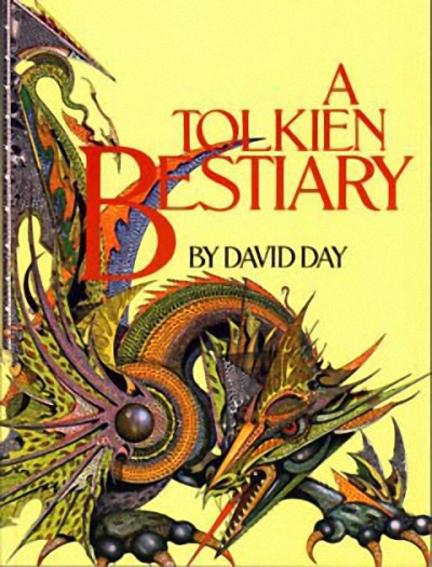 The mythology of J.R.R. Tolkien's Middle-earth and Undying Lands is re-explored in a stunning bestiary by Canadian writer David Day. In over 200 entries, Day brings the beast and races, flora and deities of Tolkien's world to life as he relates their appearances, culture and history.

Eleven European fantasy artists have supplied their visual interpretations of Middle-earth's creatures and landscape in 110 detailed black-and-white drawings. 36 full-colour paintings provide a magnificient pictoral history from the creation of Arda to the departure of the Ringbearers.

David Day was born and raised in Victoria, B.C. He has lived in Britain, Greece, Spain and currently Toronto. He is poet and author of over forty books of poetry, ecology, history, natural history, fantasy, mythology, and fiction. He has also written for theatre, television, ballet, national and international newspapers and magazines. He has written a dozen books of natural history and ecology, including: The Doomsday Book of Animals (named a Time Magazine ‘Book of the Year’), The Whale War, Eco Wars, and most recently NEVERMORE: A Book of Hours. He has also writetn a book of ecology for children, Noah’s Choice: True Stories of Extinction and Survival. Although best known internationally for his best-selling books on fantasy and mythology, such as A Tolkien Bestiary, Castles, Tolkien’s Ring, The Hobbit Companion and Quest for King Arthur; David Day has also written ten children’s picture books, including: The Sleeper, The Swan Children, The Big Lie, Aska’s Animals, Tippu and The King of the Woods. His books – for both adults and children – have been translated into twenty languages. Eric Beddows is an artist and illustrator working in Stratford, Ontario. He has won numerous awards for his illustrations, including the Governor General's Award for The Rooster's Gift, the Amelia Frances Howard-Gibbon Award for the Zoom books, and the International Ezra Jack Keats Award bronze medal. For The Emperor’s Panda, he won the IBBY International Books for Young People Illustrator’s Book of the Year (Canada) Award. Eric is currently writing and illustrating a trilogy of tales of the Northern Gothic to be entitled Thistledown Stories.

Other titles by David Day

The Heroes of Tolkien

The Battles of Tolkien

A Book Of Hours