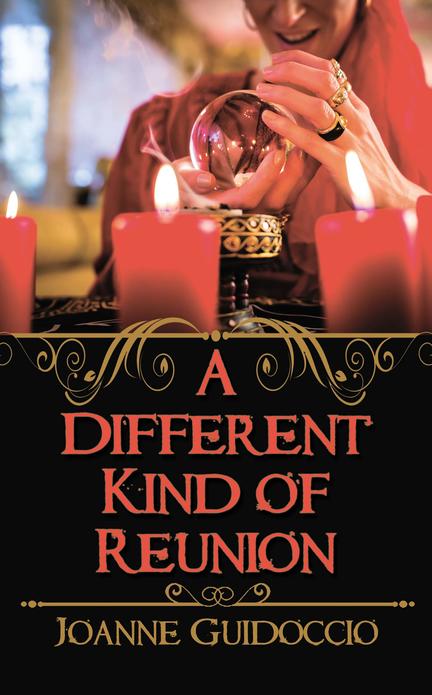 While not usually a big deal, one overlooked email would haunt teacher Gilda Greco. Had she read it, former student Sarah McHenry might still be alive.

Suspecting foul play, Constable Leo Mulligan plays on Gilda’s guilt and persuades her to participate in a séance facilitated by one of Canada’s best-known psychics. Six former students also agree to participate. At first cooperative and willing, their camaraderie is short-lived as old grudges and rivalries emerge. The séance is a bust.

Determined to solve Sarah’s murder, Gilda launches her own investigation and uncovers shocking revelations that could put several lives—including her own—in danger. Can Gilda and the psychic solve this case before the killer strikes again?

In high school, Joanne dabbled in poetry, but it would be over three decades before she entertained the idea of writing as a career. She listened to her practical Italian side and earned degrees in mathematics and education. She experienced many fulfilling moments as she watched her students develop an appreciation (and sometimes, love) of mathematics. Later, she obtained a post-graduate diploma as a career development practitioner and put that skill set to use in the co-operative education classroom. She welcomed this opportunity to help her students experience personal growth and acquire career direction through their placements.In 2008, she took advantage of early retirement and decided to launch a second career that would tap into her creative side and utilize her well-honed organizational skills. Slowly, a writing practice emerged. Her articles and book reviews were published in newspapers, magazines, and online. When she tried her hand at fiction, she made reinvention a recurring theme in her novels and short stories. A member of Sisters in Crime, Crime Writers of Canada, and Romance Writers of America, Joanne writes paranormal romance, cozy mysteries, and inspirational literature from her home base of Guelph, Ontario.

Other titles by Joanne Guidoccio

Too Many Women in the Room

A Season for Killing Blondes