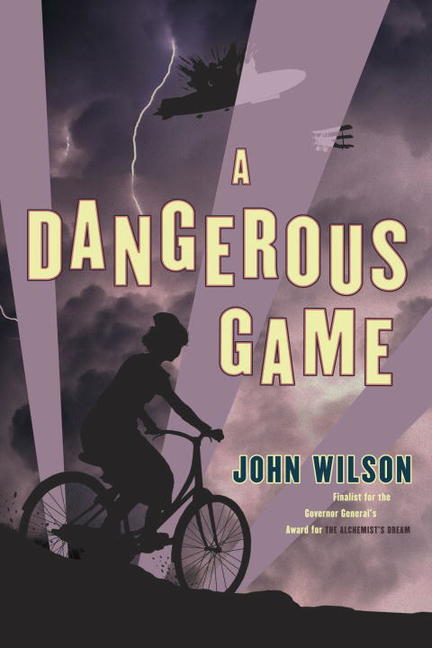 A gripping World War One saga with a strong female protagonist, published for the third year of the war's centenary.

Manon Wouters grew-up in the idyllic Belgian city of Damme, where she spent her afternoons cycling into beautiful Bruges to study nursing. But as Europe--and the world--erupted into a devastating war, teenaged Manon soon found herself faced with unbelievable choices. Would she hide? Or would she fight?
As Manon toils away at the local hospital, no one would guess just how crucial a role she is really playing. A trained spy, Manon gathers information to send to the British to aid in ending the war. Soon, she uncovers information about a monster plane that must be stopped at all costs. As she races to fulfill her mission, Manon must confront enemies at every turn, and face a terrifying and sobering truth: that innocents are being killed on both sides of the front.

Praise for John Wilson:
• "Riveting . . . has the power to shock and to compel young readers' interest while uncovering exciting history for them. Wilson writes a tension-filled story packed with appalling events that really happened. . . . This engrossing novel leaves an enduring impression." --Kirkus Reviews
• "Teen fiction rarely gets so involved with notions of morality in war. A thoughtful, provocative work." --Booklist
• "Wilson has crafted a compelling story . . . This sense of connection with the past that Wilson's story inspires is one of the novel's strongest features. Recommended." --CM Magazine
• "[An] engrossing, vivid and even horrifying read . . . Offer[s] some startlingly resonant moments for his adolescent audience." --The Globe and Mail