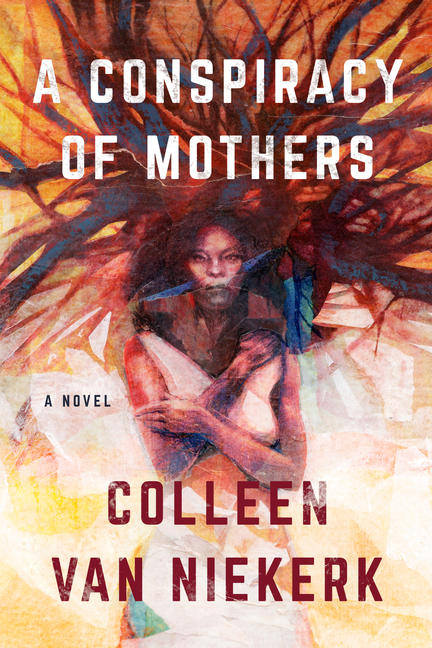 From a bold new voice in literary fiction comes a compelling story of three mothers whose lives intersect during a generation-defining period in South Africa’s history.

The year is 1994, and South Africa is in political turmoil as its first democratic election looms. Against a backdrop of apartheid and racial violence, traumatized artist Yolanda Petersen returns from the Appalachian foothills to the land of her youth at the behest of her mother. While there Yolanda longs to reconnect with her estranged daughter, Ingrid, the product of an illegal mixed-race affair with a white man.

But Ingrid is missing, and as Yolanda quickly discovers, she isn’t the only woman in Cape Town desperate to protect her own. Ingrid’s very existence is proof of a white man’s crime, and that man’s mother will do anything—even kill—to ensure the truth remains buried.

An evocative debut novel set during a defining period in history, A Conspiracy of Mothers tells a gripping story of love and betrayal from multiple perspectives while deftly balancing the painful legacy of apartheid with the trials of motherhood.

Colleen van Niekerk was born and raised in Cape Town, South Africa, and now lives in Vancouver, Canada. This is her debut novel.

“The fierce maternal instincts of an entire community of women drive this unforgettable debut novel. Van Niekerk paints a vivid portrait of how the political was personal, and often tangled to the point of rot, in this time and place. These characters, their resilience, and van Niekerk’s reverence for her native South Africa make for an unforgettable read.” —Booklist (starred review)

“Reading Colleen van Niekerk’s A Conspiracy of Mothers was a gut-wrenching, emotional roller-coaster experience, with many lines resonating with my own belief that for South Africans to attain restorative justice, we first need to experience restorative memory. Colleen captures all this so well in cameos of captured time, which closely touched many a raw nerve of yet-unhealed wounds that are part of many of our lives. The world of lies and secrets and the pain that goes with it are vividly brought to life.” —Patric Tariq Mellet, author of The Lie of 1652: A decolonized history of land

“Deeply affecting and beautifully rendered, A Conspiracy of Mothers is a tapestry woven with sacrifice, suffering, and loss but also with a love between generations of women so deep it invokes ancestral magic that defies the laws of space and time. This story of pilgrimage and reckoning amid the unraveling of apartheid should resonate with anyone interested in breaking down systems of racism and oppression, wherever they exist. A brilliant novel to be read alongside Trevor Noah’s Born a Crime and Isabel Wilkerson’s Caste.” —Susan Bernhard, author of Winter Loon