They call such things a shopping frenzy or a shopping stampede. Shopomania could, of course, describe all day every day everywhere. For most of the world, shopomania is our lives. But it most accurately describes a single event in which a crowd of people jostle for bargains or hot items all at once. Sometimes, perhaps, it’s the latest fashion that takes hold over a season or more: bell-bottoms or ripped jeans, top hats or wide lapels. As such trends spread across continents, it doesn’t take long for everyone to look the same. But in more acute cases, it involves a sudden rush by the mob for a certain item like toilet paper, hand sanitizer or flour during a pandemic. People are trampled in such situations, especially when there is limited supply and bargains that generate demand.

When the coronavirus pandemic took hold in North America in early 2020, various shopomania reports kept police busy. In Peoria, Illinois, police were called to the local Dollar General store when someone phoned about “many people fighting” over a “run on toilet paper.” “Everyone is on edge now,” Sheriff Brian Asbell told a local TV news reporter. In Chino Hills, California, deputies arrived after getting calls about a disturbance over shortages of toilet paper and other items. “It’s been nuts,” said Costco CFO Richard A. Galanti in an earnings call with investors in March 2020.

In 2019, shoppers stampeded during an event that mall operators in Sydney, Australia, called the Ultimate Mega Balloon Drop, in which shoppers competed (to say the least) for balloons filled with gift certificates. Free stuff or an advertised bargain often causes a stampede, and this was no exception. The resulting mayhem sent five people to hospital. Organizers were clearly unaware of a similar incident in 2006 in Torrance, California, where two thousand shoppers fought over five hundred falling prize-filled balloons, leaving nine with minor injuries and sending one person to hospital.

On Long Island, New York, in 2008, a Walmart employee was trampled to death by enthusiastic shoppers seeking treasures such as a Samsung fifty-inch plasma high-definition TV for $798, a Samsung 10.2 megapixel digital camera for $69 and DVDs such as the Incredible Hulk for $9. “The crowd was out of control,” a police spokesperson told journalists at the time, describing “utter chaos” as the thirty-four-year-old employee opened the doors for a waiting crowd of some two thousand people. Some noted it was a “doorbuster event” in which the door was actually busted. Several people, including a pregnant woman, were taken to hospital after the incident.

In 2011, a woman pepper-sprayed other shoppers at a Walmart in California in what police described as “competitive shopping.” As many as twenty customers were hurt. “This was customer-versus-customer shopping rage,” a Los Angeles police spokesperson told the Los Angeles Times. Newspapers recorded shoppers being trampled for laptop computers, pinned against the doors in the rush for faddish toys and game consoles and shoved aside by overzealous shoppers on the hunt for discounted materials.

Some noted it was a “doorbuster event” in which the door was actually busted. Several people, including a pregnant woman, were taken to hospital.

Such events often occur on the eve of the busy Christmas season. One explanation for the insanity is that shoppers, already grumpy from sleep deprivation because many sales begin at midnight, feel cheated if they can’t get what they came for. “Black Friday has become a setting for consumer misbehaviour as shoppers compete for deeply discounted products,” according to Jaeha Lee, an associate professor of apparel, design and hospitality management at North Dakota State University. “Being unable to purchase the advertised product seems unfair, leading to misbehaviour and in turn making others more likely to follow suit.”

Bridget Nichols, an associate professor of marketing and sports business at Northern Kentucky University, has also studied the shopping frenzy phenomenon. In particular, she examined the so-called “running of the brides” at Filene’s Basement stores in some American cities, a scheduled event at which hundreds of people, mostly women, poured through the doorways, pushing, shoving and snatching up as many wedding dresses as they could, in order to barter later with other scrambling shoppers to find the perfect one. It was all an attempt to get a bargain on a dress costing thousands of dollars that was meant to be worn only once in a lifetime. “People want to feel they got a good deal,” says Nichols.

It was all an attempt to get a bargain on a dress costing thousands of dollars that was meant to be worn only once in a lifetime.

Shopomania could accurately describe some aspects of Christmas (see shopathon), especially when desperate parents engage in physical and verbal combat with other parents while seeking out Cabbage Patch dolls, Buzz Lightyear toys, Tickle Me Elmo puppets, Pokémon figurines, Elsa dolls, Hatchimals, Fingerlings or whatever hot toy in limited supply is the heart’s desire of their children in any given year. The phenomenon was illustrated to comic effect by muscleman actor Arnold Schwarzenegger in the 1996 film Jingle All the Way, in which Arnold battles other shoppers for a difficult-to-find toy called Turbo-Man, a replica of which was conveniently available to real-life moviegoers and random shoppers as part of the predictable merchandizing that accompanied the film’s release.

Shopomania occasionally describes the rush for beer on a long summer weekend. Or the clamour for liquor to get us through Christmas. When people want stuff in short supply, or when there’s a bargain to be had, there are no lengths they wouldn’t go to to get it. Sometimes, though, a shopomania can be quite organized. Once, when my son was in his early teens and Nintendo’s Wii console was introduced, he learned the local Best Buy was getting a shipment. He had saved the money and wanted my assistance navigating the anticipated shopomania. This meant, essentially, camping outside overnight in November to be first into the store in the morning—a scenario I frankly couldn’t imagine. So I made him a deal: We’d drive over to the store at 10 p.m., before bedtime, to see if there was a lineup. If there was, we’d join it and stay overnight. If there was no lineup, we’d go back home to our warm beds and show up at the store first thing in the morning.

He took the liberty of packing deck chairs and sleeping bags into the car, just in case, and I dutifully drove him over to the store, fully expecting the place to be deserted. Instead, I was astonished to find half a dozen people already waiting outside in the icy darkness. “Quick,” he said, “let’s get in line.” And so we joined the group, perhaps eighth or ninth in the queue, and waited as the temperature dropped to near freezing. All. Night. Long. By 4 a.m., some fifty or sixty people had joined this polite and organically organized shopomania, shivering, drinking coffee, eating doughnuts and hoping against hope there were enough Nintendo Wiis to go around when they opened up at 8 a.m. People want stuff.

Excerpt from Shopomania: Our Obsession With Possession, by Paul Berton©, 2022. Published by Douglas & McIntyre LTD. Reprinted with permission of the publisher.

A thought-provoking and provocative challenge to consumerism (with plenty of name-dropping and celebrity antics).

Sassy and satirical, Shopomania is an economic, environmental and social study. This light-hearted, dark-souled dictionary of coined words, or “shoponyms,” takes readers on a roller-coaster ride of avaricious antics and outrageous profligacy.

Shopping in one form or another has existed for millennia but, aside from a few slumps, each generation has outdone the previous one. In the past fifty years, shopping—and its associated carbon footprint—has grown exponentially.

Berton argues that if we invented today’s consumer culture, then we can invent something to replace it. We can do a better job of making the cycle of stuff truly circular rather than linear. We can be more environmentally, socially and politically conscious of what we buy and how it comes to us—and where it will go after we are finished with it. A species that has made shopping ubiquitous can figure all these things out with little more than co-operation and creativity, and by asking if it is really necessary to “own it now” as we have been told—endlessly—since childhood. Must we possess a thing to enjoy it? Do we really need all that stuff?

A recommended reading list by the author of the new story collection All the Bears Sing. 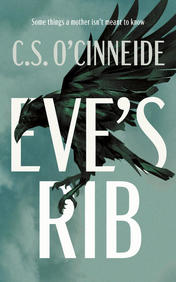 A recommended reading list by the author of the new thriller Eve's Rib.