Just in time for Pride celebrations comes the extraordinary book Len & Cub (Goose Lane), which documents, through a series of archival photographs, a same-sex romance between two young men in early twentieth century rural New Brunswick. Co-authors Meredith J. Batt and Dusty Green are on The Chat this week.

Valerie J. Korinek, author of Prairie Fairies, says of the book, "Photos alone don't make history, it is the sensitive, analytically nuanced writing of Batt and Green that brings their world to life. This is a book for every rural queer kid who wondered if they were the only one and for queer historians eager for histories of same-sex experiences and culture beyond the cities."

Meredith J. Batt (they/them) grew up in Sackville/Moncton and earned a BA in history at the Université de Moncton. They currently work as an archivist at the Provincial Archives of New Brunswick in Fredericton, and serves as the president of the Queer Heritage Initiative of New Brunswick. Their writing has appeared in Xtra Magazine, the Canadian Historical Review, and Active History.

Trevor Corkum: Len & Cub tells the story of a historical romance between two young men in early twentieth century rural New Brunswick. What inspired you about this tale, and how did you become involved with the project?

Meredith and Dusty: Once you take a look at the images, you realize how rare it is to see intimate photos of men together during the turn of the century. There are not a lot of visual records of same-sex relationships in Canada from this time period, let alone rural New Brunswick, and it was clear to us that these photos were too special not to share. We knew we had a duty to do more than just share the photos, and so we worked together to research a breadth of topics, covering everything from homosexuality during the First World War, to the evolution of roads and automobiles in the province. This research enabled us to contextualize their relationship in the time and place that it happened, and allowed us to better tell their story.

TC: A tremendous amount of research and archival work went into telling their story. Why is unearthing queer history so important?

M & D: A lack of representation in our education system left both of us hoping that the system could be made better for the next generation. Part of the work of the Queer Heritage Initiative is not just collecting and preserving queer history, but also sharing it, so that New Brunswickers know that queer people have always been in this province, and that we belong here. Len and Cub’s photos are an extremely rare visual record of a same-sex relationship existing during a time when their love could never have been expressed publicly. Seeing ourselves represented in the past is an incredibly validating experience when you realize how little exposure people generally have to the history of queer people, particularly to queer life prior to mainstream discussions about civil rights.

Seeing ourselves represented in the past is an incredibly validating experience when you realize how little exposure people generally have to the history of queer people ...

TC: We find in the book such a rich trove of photos—the boys on road trips, during the war, camping, and in intimate daily moments. Any personal favourite photos among the lot?

Meredith: Some of the most touching photos for me are the images taken during their training in Quebec during the First World War. There is so little written or researched about same-sex encounters during the First World War and the fact that we have these images of Len and Cub—who we know were in a relationship, is extremely rare and special. However, my all-time favourite is the image of the pair outside the Cranberry Lake cabin. Len is skinning a fox and Cub is sneaking a tender moment by gently putting his arm around Len. There is something arresting about these two “men of the woods” displaying affection that challenges our preconceived ideas of same-sex encounters of the past.

Dusty: The damaged photo of Len and Cub laying together outdoors has become my favourite photo from the bunch. Passing through the photos, this one could easily be missed because it is underexposed, and the combination of the poor lighting and physical damage to the negative make it difficult to see what’s going on. Cub has his hand wrapped around Len’s inner-thigh, with a little smile on his face. Both boys are looking at the camera as they’re wrapped around each other. It’s a really beautiful and tender moment which has been obscured by time. The photo’s damaged state is a great reminder of how lucky we are that any of the photos still exist today.

Cub has his hand wrapped around Len’s inner-thigh, with a little smile on his face. Both boys are looking at the camera as they’re wrapped around each other.

TC: In part, the book reveals how one of the men was forced to leave his community of Havelock due to being outed by a neighbour. It’s a broad question, but how does archival work shed light on how homophobia has impacted queer lives, and how does homophobia continue to shape how history is told?

Before the Queer Heritage Initiative was founded, there was no concerted effort to collect and preserve queer history in the province. In some cases, institutional and systemic homophobia would have prevented explicitly queer records from being donated, and more broadly homophobia in general has influenced potential donors as well. It wasn’t uncommon for individuals or family members to destroy records due to the stigma against queer people, and only recently have records actually been sought out and explored.

While institutional homophobia has obscured queer history through omission, queer people are still visible in archival records from the past. Cases of gross indecency from the past could easily be interpreted as purely criminal behaviour, when upon closer inspection many of these cases are actually consensual same-sex couples being charged under antiquated laws that criminalized queer relations.

TC: I understand that the book is part of your work at the Queer Heritage Initiative of New Brunswick. What’s next for the QHINB and what other stories can we look forward to in future?

M & D: Since its founding in 2016, QHINB now holds over 17 sub-collections all relating to groups and or activists from across New Brunswick and are housed at the Provincial Archives of New Brunswick. We are extremely grateful for this partnership as it ensures proper preservation of these records, allows wider access to the public, and helps us to pursue educational projects.

In setting out to tell Len and Cub’s story, we realized that there is still so many more stories to uncover which we hope to do through oral history projects and continuing to work actively with queer elders.

Leonard Olive Keith and Joseph Austin “Cub” Coates were both born in the rural community of Butternut Ridge (known today as Havelock), New Brunswick, at the end of the nineteenth century. Len was an amateur photographer and automobile enthusiast who went on to own a local garage and pool hall after serving in the First World War. Cub was the son of a farmer, a veteran of the First and Second World Wars, a butcher, a contractor, and a lover of horses. The two were neighbours and developed a close and intimate relationship with each other.

Len and Cub’s time together is documented by the many photos taken by Len, showing that the two shared a mutual love of the outdoors, animals, alcohol, and adventure. As many amateur photographers do, Len photographed what was important to him, and Cub’s prevalence among the hundreds of photos is striking and impossible to ignore. The photos taken in the 1910s and 1920s show the development of their relationship as Len and Cub explore the wilderness of Havelock and spend time alone together.

Unfortunately, these adventures would cease when Len was outed as a homosexual by community members in the early 1930s and forced to leave Havelock. Cub, however, remained seemingly untainted by scandal and stayed in Havelock until 1940, when he married Rita Cameron, a nurse born in Chatham, and relocated to Moncton after the Second World War. He would go on to become a prominent figure in New Brunswick’s harness racing circles before his death in 1965. Len never returned to Havelock, residing near Montreal before succumbing to cancer in 1950.

Len’s photos were donated to the Provincial Archives of New Brunswick decades after his death by Havelock resident and local historian John Corey, who had purchased the albums at the Keith family’s estate sale in 1984. When John donated the albums in 2011, he described the pair as “boyfriends”—a term noted by the archivist in the collection’s finding aid. The archivist also noted, after a conversation with John, that Len had been “driven out of town for being a homosexual” by a group of Havelock men. This anecdote is written on an envelope containing a photo of one of the men responsible for Len’s outing.

John Corey’s assertion that Len and Cub were indeed “boyfriends” is supported by the many photos of the two men together, holding hands or lying in bed. They displayed a level of kinship and affection that confutes the likelihood of them being just close friends. The photos had existed in the archives for some time but had never been interpreted as an example of queer history. By observing Len’s photos through a queer lens, we were able to remark on subtle and not-so-subtle cues in the photos—the compositions and settings, the subjects’ poses, their garb and demeanour—in order to glean evidence as to how a same-sex relationship may have been able to exist in this time and place.

A recommended reading list by author of new essay collection Straggle: Adventures in Walking While Female.

From Catastrophe to Possibility

A recommended reading list by Sharon English, whose latest book is Night in the World.

Notes from a Children's Librarian: Books for Pride

Diversity and acceptance are the threads that bind these picture books for grades Kindergarten to Grade 6. 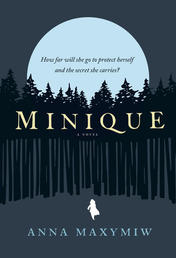 A recommended reading list by the author of the new novel Minique.