A list by the author of new book, The Scarlet Forest: A Tale of Robin Hood.

In The Scarlet Forest: A Tale of Robin Hood, A.E. Chandler reimagines the story of Robin Hood for the twenty-first century reader, and in this fantastic list of historical fiction from England, she recommends great books that vividly bring history to life.

The Eagle and the Raven, by Pauline Gedge

After her husband’s death, Boudicca leads a great rebellion against Claudius and the Roman Empire. As the warrior queen of the Iceni, her power extends throughout what is now Norfolk, and farther. Leading the Celtic Britons, she fights for freedom in a struggle that stretches beyond herself, through three generations.

The Magnificent Century, by Thomas B. Costain

Costain’s The Magnificent Century follows the reign of King Henry III, from 1216 and the clash surrounding the Magna Carta, through years of building and rebellion, until Henry’s death in 1272. The style and detail of the text lie somewhere between what a reader would expect to find in a textbook and what they would see in a novel.

The Black Rose, by Thomas B. Costain

An English peer’s bastard son flees Oxford after taking part in the 1273 university riots. Taking inspiration from Friar Bacon, Walter of Gurnie then travels to China, to the heart of the Mongol Empire. Achieving success, he must then choose between a love left behind and another found.

Haycraft’s is a young adult historical novel about King Henry VIII’s sister: Mary Rose.  She rebelled against being used as a political pawn, but was finally forced into marrying the King of France, though in love with the Duke of Suffolk. This novel takes readers into the life of a now largely overlooked member of the Tudor family.

Mixing historical detail with invention, Wright tells the story of William Shakespeare’s illegitimate daughter. The novel takes readers to Elizabethan London, the Cromwellian countryside, and a quiet manor house in Oxfordshire. It is in this manor house that ailing housekeeper Aerlene Ward reveals the secret of her origins.

Incorporating historical figures into her novel’s narrative, Novik explores the maturation of Pegge, one of poet John Donne’s five daughters. Pegge longs for a love like the one that prompted her parents to elope, and inspired her father to write. As London burns in 1666, Pegge struggles to save her father’s effigy from the crumbling St. Paul’s Cathedral.

Fact and fiction blend as Thomas tells the story of young Mary Anning, the daughter of a cabinet-maker and discoverer of the first intact fossil skeleton belonging to a dolphin-like creature. The novel is set in 19th-century Lyme Regis in West Dorset, also the setting of Jane Austen’s Persuasion.

Robson takes inspiration from her grandmother’s experiences during World War II and sends American journalist Ruby Sutton to London as a newsmagazine staff writer. Ruby leaves behind her humble origins to prove that she has a place amongst her British, male colleagues. Made homeless by the Blitz, Ruby learns the measure of real friendship.

About The Scarlet Forest: A Tale of Robin Hood:

You are invited underneath the great greenwood tree to hear how a young man became a hero, and a hero became a legend. When Robin takes a shortcut through Sherwood Forest, the path he chooses leads not to Nottingham’s archery contest, but to a life on the run from the law. Unable now to become a knight, and joined by his childhood friends, Robin Hood leads the most infamous outlaw band ever to evade the king and his sheriff.

Blending true history with new stories, popular inaccuracies, and some almost forgotten medieval legends, The Scarlet Forest: A Tale of Robin Hood brings a new life to the greenwood, which here feels as fresh as it does traditional. With an academic background in medieval English studies, A. E. Chandler captivates with this unique and nuanced reinterpretation of Robin Hood’s struggles and adventures. The forest is waiting. 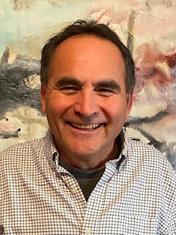 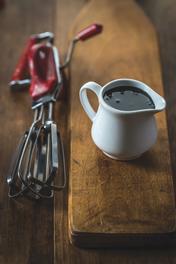