Most of the books we read are the result of one thing: someone we know, trust, and/or admire tells us it's great. That's why we run this series, The Recommend, where readers, writers, reviewers, bloggers, and others tell us about a book they'd recommend to a good friend ... and why.

Tricia Dower recommends For Your Own Good, by Leah Horlick

I bought this poetic memoir because of the cover, featuring a gorgeous, creepy illustration by Thomas Shahan. It turns out to foreshadow the dark material within. I’m not an expert on poetry. I can’t tell you how a poem does what it does. I can only tell you the effect it has on me. Horlick’s collection of forty-nine poems grabbed me by the gut. Five poems in, I was pressing my lips together, afraid for the narrator, tense with foreboding. For Your Own Good unveils an account of abuse both devastating and redemptive. I almost hate to tell you that because part of the power for me in this collection was discovering the truth of it. Within the queer community, the word is this is an important book because it breaks the silence about something that’s been hidden out of fear and a sense of allegiance. But anyone who’s ever been in an exploitative relationship can relate. And everyone else can savor this bold, brave book, one striking poem after another.

Tricia Dower is the author of the short story collection Silent Girl, which was nominated for the Frank O'Connor International Short Story Award, as well as the acclaimed first novels in a planned trilogy, Stony River and Becoming Lin.

My dad gave me a copy of Brian Doyle’s Angel Square when I was about eleven years old. I still have the same copy, yellowed with shredded spine and greasy peanut butter drips on page 56. I must have read the book dozens of times, but it was not until I moved to Ottawa a few years ago, where Doyle’s young-adult novel is set, that I felt the impact this book has had on my literary sensibility. As I got to know Ottawa, and likewise revisited Angel Square, I was astonished by the fluidity of Doyle’s prose, the strength of his narrator’s voice, and the subtlety with which he deals with racism, religious conflict, and xenophobia in post World War Two Canada. The comic-book subtext lends the book a contemporary feel, while the humour and sensitivity of the narrator, Tommy, resonates with valuable lessons and observations that speak to readers of all ages, not just “young adults.” Angel Square is a gem.

Nadia Bozak is the author of the novels Orphan Love and El Niño, the first two parts of her Border Trilogy. Her acclaimed new short story collection, Thirteen Shells, has just been published by Anansi Press.

I was meandering through a bookstore touching the spines, unsure what to bring home when a friend asked me if I’d read Anne Carson’s Autobiography of Red. I hadn’t, and my friend’s taste is perfect, so it was decided. Later, in the quiet of my house, I opened the book and instantly fell into the delicious rhythm of Carson’s novel in verse. The phrasing was so chewy and dense that I found myself sounding out turns of phrase, grateful for the pauses she built in, exactly when I needed to breathe.

How does she do it? Carson built a magical world on the bones of myth and wrapped it all up in a coming of age story. She takes a dizzying pace, fresh and true and heart-wrenching. In myth, the winged red monster Geryon was slain by Herakles while completing his tenth labour. Here, the red monster is a moody, intelligent young man, abused and yearning, while Herakles is the handsome tormentor who breaks his heart. And that’s just how the story begins.

Nothing I’ve said is adequate to convey the magic of words sifted through Carson’s transformative fingers. She makes language sing, and in turn, it makes you feel—not simple things, but complicated emotions, raw need all mixed up with vulnerability and heady wonder. You don’t need to like poetry to enjoy Autobiography of Red. I have found it to be excellent gateway poetry for the reticent. This is a very good story told in beautiful, precise, nourishing language. If you’ve already read it, it’s probably time to revisit. It’s that good.

Teva Harrison is a writer and graphic artist. She is the author of the critically acclaimed graphic memoir, In-Between Days, which is based on her graphic series about living with cancer published in The Walrus.

John Bart's debut novel is the story of a young doctor who arrives in a Yorkshire town to practice at the town's maternity hospital in 1970, and finds himself up against forces working to restrict women's access to contraception and abortion. Things are a little too black and white in places—the evil-doers in this book are so totally evil but—as Chimamanda Ngozi Adichie wrote in her novel, Americanah—"like life is always fucking subtle." And whenever I was feeling frustrated by the lack of subtlety, Bart would go and blow me away with a stunning scene, like the one in which the doctor has his arm stuck inside a woman's vagina to keep the cord from prolapsing, and must move through the entire hospital in this awkward manner to get her to surgery. And he portrays the devastating impact of restricting women's reproductive freedom, and shows too how such restrictions are part of systemic project of oppression of women and the poor. Despite my few reservations, I really enjoyed this fast-paced novel, read it in a day, and think it would appeal to anyone who's been a fan of Call The Midwife.

Kerry Clare is the editor of the essay anthology, The M Word: Conversations About Motherhood, which was published to rave reviews in 2014 by Goose Lane Editions. She has a new book coming out with HarperCollins, Mitzi Bytes, and best of all, she's our editor!

"On Our Radar" features books with buzz worth sharing. We bring you links to features and reviews about great new books in a multitude of genres from … 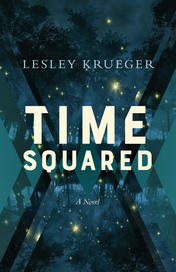