You're looking at what you've written, and it's ... not very good. You can't figure out the voice. You can't make a city come alive. Your dialogue is flat. Your magic realism is way too woo-woo. It's all feeling grim.

Maybe it's time to stop the clicking for a few hours, and go outside. Yes outside (be careful, it might be bright), en route to a bookstore or library near you for inspiration. You might find just the book to untangle your thoughts and give you a whole new idea for how to approach a writing block.

In that spirit, we've compiled a few lists from over the years from generous author-contributors that might be helpful to you (the writer!) on your way to pushing through to something great.

Great Kid Narrators (a list from Aga Maksimowksa): Aga writes: "These eight [narrators] have made me spurt soda in fits of giggles, cry until I gave myself the hiccups, and highlight their books until the pages turned parking-ticket yellow and tacky with fluorescent ink." To her list we would add narrators from Cordelia Strube's Lemon and On the Shores of Darkness There Is Light, Nancy Lee's The Age, Susan Juby's The Truth Commission, Alan Bradley's Sweetness at the Bottom of the Pie, Teresa Toten's The Unlikely Hero of Room 13b, Susin Nielsen's The Reluctant Journal of Henry K. Larsen, and Beatrice Mosionier's April Raintree. Just out as well: Lisa Moore's first YA novel, Flannery, reviewed here by Kerry.

Books With Spirited Girls (a list from Allison Baggio): Allison's own novel, Girl In Shades, was influenced by female characters who "have had the strength to stand up against adversity in some way and find the inner gumption to challenge the circumstances of their lives." There are some amazing books on this list from the likes of Barbara Gowdy, Shaena Lambert, and Claudia Dey—and some could fit perfectly on the list of Great Kid Narrators.

Books With a Sense of Place (a list from Katrina Onstad): Katrina (Everybody Has Everything) writes, "When you say 'sense of place' and 'CanLit' in the same breath, everyone scurries over to Mordecai Richler and Montreal’s St. Urbain Street, or to the Bloor St. viaduct in Toronto that cuts through In the Skin of a Lion. I bow down before both (and my initials mean I get to rub up against Ondaatje on the shelves), but they aren’t the ones that moved me most." And then she goes on to tell us some of the ones that have.

The New Western (a list from Andrea Routley): Andrea picks a handsome crew of new Westerns including Patrick deWitt's The Sisters Brothers, of course. We would also add Guy Vanderhaeghe's The Last Crossing and Natalee Caple's In Calamity's Wake.

City Books and Too Much on the Inside (a list from Danila Botha): Danila writes, "When I first started writing my novel, Too Much on the Inside, I knew that I wanted to write about four people who were new to Toronto .... I focused on the characters at first,  then quickly realized, as I was writing descriptions of Toronto—from Queen Street to St Clair to Bathurst and Lawrence—that Toronto was becoming the novel’s fifth character. I knew I had to read and reread some of my favourite novels and short stories collections set in Toronto (and in Montreal and Nova Scotia) for more inspiration." Danila shares them with us in this great list.

Tired Masculinity (a list from Garth Martens): Garth (Prologue for the Age of Consequence) writes, "The books I've chosen contribute to a conversation about masculinity. They don't offer new visions of masculinity, but they complicate the stereotype, the archetype, of the ordinary heterosexual man, whoever that is. They refuse the blinkered, reductive view."

Books With a Touch of Magic Realism (a list from Barry Webster): To Barry's wonderful list, we would add last year's acclaimed Book of Sands, by Karim Alrawi. Trevor Corkum's recent interview with Karim is here.

"It was never my intention to write literary (or creative) nonfiction. During my twenties, suffering from an existential writer’s block and spending much of my time travelling, I used to comfort myself that at least I was living, gathering material for a novel or the short stories I would write. But when I started writing again in my thirties, in a new language, I found myself struggling. Fiction wasn’t as easy or as enjoyable as it had been in Hebrew.

One day I came across an issue of Event magazine, which featured the creative nonfiction contest winners. Creative Nonfiction. The term was mysterious, vague, but the stories were as well-crafted and affecting as the best fiction. I was intrigued. Perhaps this new language required a new genre, I thought. I began writing stories from my life in the only way I knew how: using fictional techniques like dialogue, scene, narrative arc. It turned out that what I had been collecting material for all these years wasn’t fiction after all."

On Writing About Jobs: We have two lists here for you, one from Grace O'Connell's Bad Jobs and Daniel Perry's Disengaged Employees of Canadian Literature. O'Connell summarizes the book to your right like so:

"Mason writes suicide notes for those who are checking out and lacking in literary skill. But don't worry—his alcoholism and drug addiction will probably cheer him up when he's bummed after work. Or his other terrible job, selling hot dogs on Spadina. At least until he and his girlfriend are pursued by a psychopathic maniac. Altogether, definitely a bad work week."

If you have more ideas to suggest, please tweet them to us at @49thShelf. 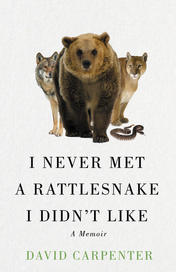