"On Our Radar" is a monthly 49th Shelf series featuring books with buzz worth sharing. We bring you links to features and reviews about great new books in a multitude of genres from all around the Internet.

From Keavy Martin's review in The Globe & Mail: "It may be understandable, then, that southerners exhibit a tendency to read Sanaaq (in French and now English) primarily for its ethnographic qualities—that is, for its ability to provide authentic access to the realities of Inuit life. Yet at certain moments, the novel also seems to resist this kind of transparency, as it makes use of both language and plot twists that may baffle its new English-speaking audience. For instance, the ease with which Sanaaq’s cousin Aqiarulaaq is able to persuade her relative Ningiukuluk to give up her middle daughter may surprise readers unfamiliar with Inuit adoption practices, while the episode in which the young Maatiusi—heartbroken after his fiancée conceives a child by the chief factor at the trading post—becomes dangerously entangled with a nuliarsaq, or invisible wife, might also leave southern readers scratching their heads. Yet rather than attempting to draw large (and largely inaccurate) conclusions about Inuit culture, southern readers might instead try to enjoy this humbling state of non-understanding. After all, Sanaaq belongs to a literary tradition, both ancient and adaptive, that is very different from those that shape most high-school curricula in the south."

Sarah Murdoch writes in The Toronto Star: "This spectacular two-volume set, weighing in at 1,788 pages and billed as 'An Autobiography in Architecture,' looks at the life and work of the great architect since his arrival in Canada from Germany in 1951. It includes more than 1,000 projects (most famously, perhaps, the Eaton Centre and Ontario Place), as well as old newspaper clippings, diary entries, lectures, family photos and other ephemera of a life well lived."

From Emily McGiffen's review in ARC Poetry Magazine: "Sprawling across four continents and multiple generations, Rachel Lebowitz’s Cottonopolis is a tour de force that unveils the beauty and atrocities of a world besieged by industrial revolution. Her rigorously researched and artfully crafted text nudges us into new understandings of the period—and reminds us of the darker sides of this foundation on which our own conflicted age is built….

Above all, this is a book about people, their stories and the complex interactions and connections that make up history (“All history is story and so much of it connects”). Then, as now, everyone goes clad in cotton cloth; most sleep swaddled in it; slaves and labourers wear the products of their own exploitation against their skin. The pervasive and essential fabric is a reminder of the rapid transformation that gave rise to our modern industrialized world, what we gained—and at what cost."

Lasso the Wind: Aurélia’s Verses and Other Poems by George Elliott Clarke, Illustrated by Susan Tooke

From Charis Cotter's review at the National Reading Campaign website: "Lasso the Wind is a sensory delight. With George Elliott Clarke’s words rolling off the tongue and Susan Tooke’s illustrations vibrating with colour and depth, this collection of poetry for children by Toronto’s Poet Laureate presents a luscious feast for eyes and ears.

Clarke’s poems skip through the glories of spring, the nature of dreams and dragons’ favourite picnic foods. He is at his soaring, word-wrangling best when he writes about nature, such as, “Rain thrashes, trembles through branches—Gusty, lusty avalanches” and: “That sugary whiteness of the moon / snow scooped up with a silver spoon.” Clarke has the knack of choosing unexpected words that wake us up and shake us up, like  “Waves whittle the horizon down /  Until the sun descends to drown.” The book ends with birthday poems written by Clarke for his daughter, Aurélia, which serve as joyous snapshots of a growing, much-loved child." 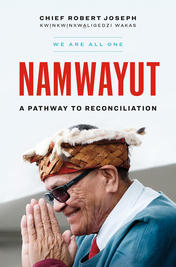 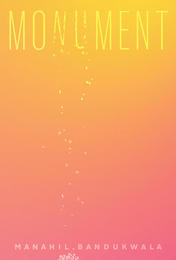