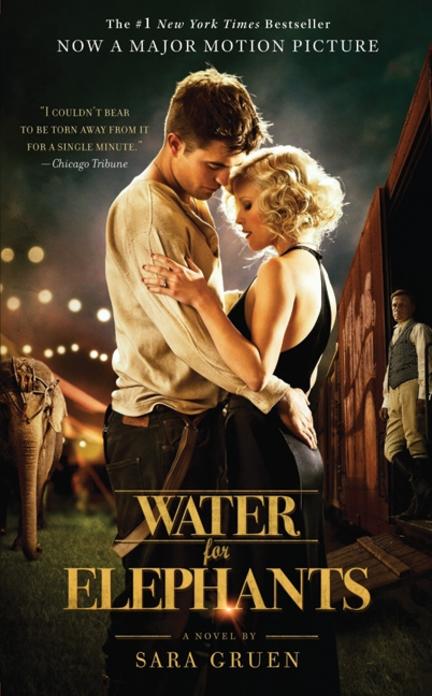 Orphaned and penniless at the height of the Depression, Jacob Jankowski escapes everything he knows by jumping on a passing train—and inadvertently runs away with the circus. So begins Water for Elephants, Sara Gruen’s darkly beautiful tale about the characters who inhabit the less-than-greatest show on earth.

Jacob finds a place tending the circus animals, including a seemingly untrainable elephant named Rosie. He also comes to know Marlena, the star of the equestrian act—and wife of August, a charismatic but cruel animal trainer. Caught between his love for Marlena and his need to belong in the crazy family of travelling performers, Jacob is freed only by a murderous secret that will bring the big top down.

Water for Elephants is an enchanting page-turner, the kind of book that creates a world that engulfs you from the first page to the last. A national bestseller in Canada and a New York Times bestseller in the United States, this is a book destined to become a beloved fiction classic.

SARA GRUEN is the #1 New York Times and USA Today bestselling author of Water For Elephants, Ape House, Riding Lessons, Flying Changes, and the forthcoming At the Water's Edge. Her works have been translated into forty-three languages, and have sold more than ten million copies worldwide. Water for Elephants was adapted into a major motion picture starring Reese Witherspoon, Rob Pattinson, and Christoph Waltz. Sara was born in Vancouver and now lives in Western North Carolina with her husband and three sons.

It was an eye-opening story about circus and its workings in during 1920s-30s, as well as, a romance factor which creates some interesting situations.

Other titles by Sara Gruen