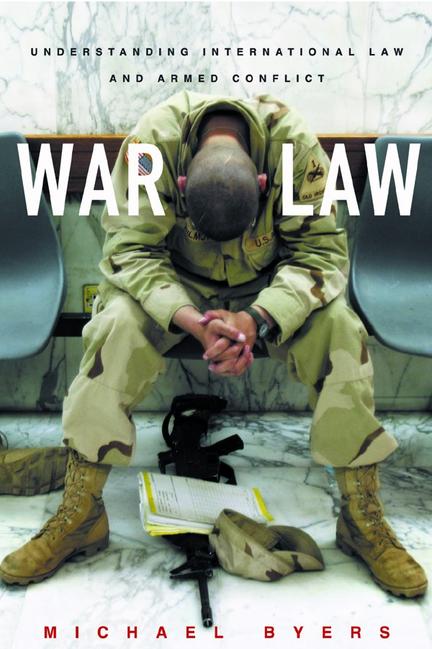 In this unique and highly readable book, written for the intelligent layperson, one of the world's leading experts in international law uses historical case studies to examine the basis on which war is waged and how the global legal environment shapes current events.

The international rules governing the use of military force are under unprecedented scrutiny following the removal of Slobodan Milosevic and Saddam Hussein in wars not sanctioned by the United Nations (UN). Michael Byers' authoritative book addresses five broad issues: u.n. Security Council authorization, self-defence against terrorism, pre-emptive war, humanitarian and pro-democratic intervention, and the protection of civilians and combatants during armed conflict. His conclusion is that the global legal environment matters and its influence is often understated and undervalued. War Law is an informative and stimulating read about these continually divisive, critically important issues.

Michael Byers holds the Canada Research Chair in Global Politics and International Law at the University of British Columbia in Vancouver. Professor Byers has led two projects for ArcticNet, a Canadian government-funded research consortium: the first on the Northwest Passage, the second on competing claims to the oil and gas reserves below the Arctic Ocean. He is a regular contributor to the Globe and Mail, Toronto Star and Ottawa Citizen and has written for the international newspapers The Guardian, Financial Times and London Review of Books. His most recent books were War Law and the glowingly reviewed Canadian bestseller, Intent for a Nation.

"Clear and informative, his account is particularly valuable at a time when there is a worldwide debate, arising largely from the Iraq situation...about the circumstances in which it is legally appropriate for one country to use force against another or for international intervention on humanitarian grounds."

"A primer for the layperson who wants to deconstruct the new order."

"Byers is one of the strongest writers I have come across recently, presenting very well structured and very clearly written arguments on his subjects."

"Beginning with the black-letter law...Byers...narrates the often-creative, sometimes-flawed arguments nations have mobilized to justify their actions."

"A thoughtful introduction to a complex, often baffling subject."

"To readers willing to put in the work, this dense book provides the answers."

Other titles by Michael Byers

Who Owns the Arctic?

Intent for a Nation

What is Canada For?