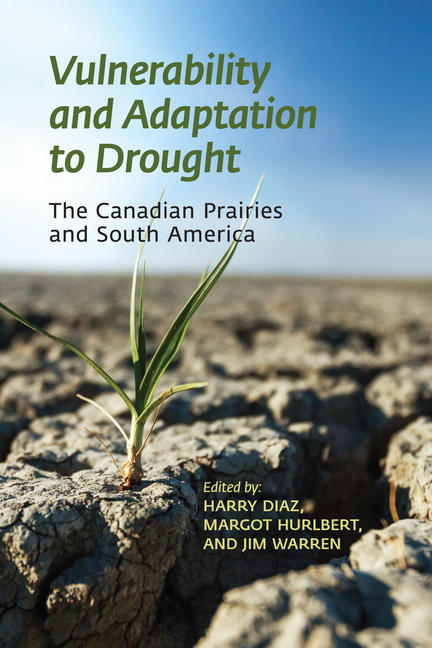 Although there is considerable historical literature describing the social and economic impact of drought on the prairies in the 1930s, little has been written about the challenges presented by drought in more contemporary times. The drought of 2001-02 was, for example, the most recent large-area, intense, and prolonged drought in Canada and one of Canada's most costly natural disasters in a century.

Vulnerability and Adaptation to Drought on the Canadian Prairies describes the impacts of droughts and the adaptations made in prairie agriculture over recent decades. These adaptations have enhanced the capacity of rural communities to withstand drought. However, despite the high levels of technical adaptation that have occurred, and the existing human capital and vibrant social and information networks, agricultural producers in the prairie region remain vulnerable to severe droughts that last more than a couple of years. Research findings and projections suggest that droughts could become more frequent, more severe, and of longer duration in the region over the course of the 21st century. This book provides insights into the conditions generating these challenges and the measures required to reduce vulnerability of prairie communities to them. Developing greater understanding of the social forces and conditions that have contributed to enhanced resilience, as well as those which detract from successful adaptation, is a principal theme of the book. To that end, the book examines drought through an interdisciplinary lens encompassing climate science and the social sciences. Two of the chapters are based on the drought experiences of other countries in order to provide a comparative assessment.

Gregory P. Marchildon is a Canada Research Chair in Public Policy and Economic History at the Johnson-Shoyama Graduate School of Public Policy, University of Regina. He was executive director of the Royal Commission on the Future of Health Care in Canada (the Romanow Commission). His most recent books include Health Systems in Transition: Canada (2013) and Nunavut: A Health System Profile (2013).

Other titles by Harry Diaz

Stories of Resilience from the Driest Region of the Canadian Prairies

The Canadian Prairies in a Changing Climate

Other titles by Jim Warren

Stories of Resilience from the Driest Region of the Canadian Prairies

On the Side Of People

On the Side of the People

A History of Labour in Saskatchewan

Other titles by Gregory Marchildon

Beaverbrook and the Gilded Age of Canadian Finance

Federalism and Decentralization in Health Care

New Perspectives on the History of Medicare in Canada

The Fiscal Sustainability of Health Care in Canada

Other titles by Bruce Morito

An Ethic of Mutual Respect

The Covenant Chain and Aboriginal-Crown Relations

Other titles by David Sauchyn

The Canadian Prairies in a Changing Climate

Other titles by Johanna Wandel

Farming in a Changing Climate

Other titles by Elaine Wheaton

But It's A Dry Cold