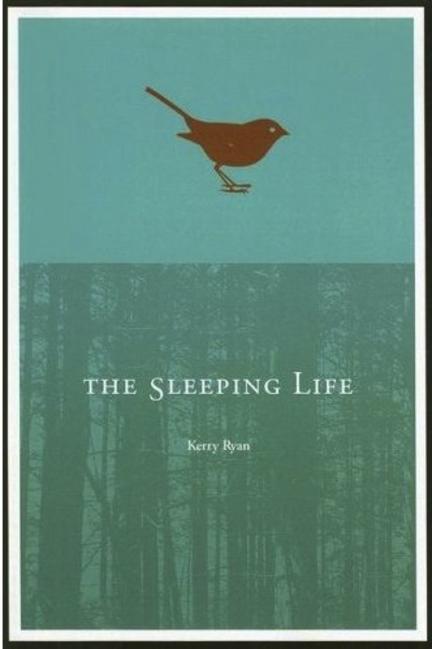 In this debut collection, like birds that Òonly ever fall half-way to sleep,Ó poet Kerry Ryan keeps Òan eye always openÓ to the growing intimacy between the poet and her lover. It is an awareness most apparent in the still hours of the night when small rituals over take the lovers, and their state of grace becomes a lens that magnifies everything with the power of a birdwatchers field binoculars These are poems resplendent with Òthe light that stays on in the back of the mind,Ó casting even the simplest evening gestures with a miraculous glow ÷the small clicks of a lover glasses as he removes them before sleep, a sumptuous embrace indulged without missing a second of the hockey game on TV.Ó The Sleeping Life also abounds with birds ÷great grey, great horned and screech owls, dark eyed juncos, ducks, geese, chimney swifts÷ the poet affectionately noted as Òa blue eyed watcher, also called a small-chested, dark-headed worrier.Ó As passionate about nature as she is about language, Ryan never fails to move the reader with her ability to translate the wonder of wilderness into the amazement that love requires of us, Òwe stop at shoe lake to wait/for the sun to dunk its head÷ a perfect circle snipped out of the sky, portal to an ember-red world.Ó But more than anything else The Sleeping Life is about dreams and while ÷ Leonard Cohen may never sail into her life, the poet writes to her lover in Òjust likeÓ ÒyouÕll never sing my name,/wonÕt make me into a poem./but you kiss me in the dairy aisle/like he would, like itÓs the only item on the list.

Kerry Ryan lives and writes in Winnipeg. her first collection of poetry, The Sleeping Life, was published by The Muse's Company in 2008 and nominated for the Aqua Landsdowne Prize for Poetry in 2009. She has had poetry published in a number of journals, including Prairie Fire, Grain, and Carousel. Poems from the manuscript Vs. are forthcoming in Room and CV2.

Other titles by Kerry Ryan

Put a Bird on It