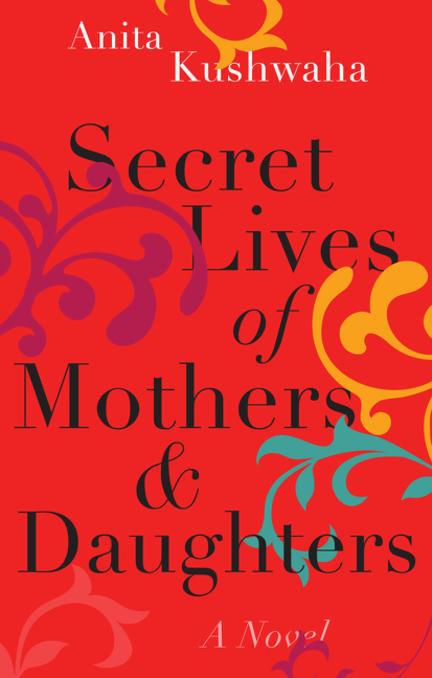 A breathtaking novel about the ties that bind mothers and daughters together and the secrets that tear them apart.

Veena, Mala and Nandini are three very different women with something in common. Out of love, each bears a secret that will haunt her life—and that of her daughter—because the risk of telling the truth is too great. But secrets have consequences. Particularly for Asha, a young woman on the cusp of adulthood, who links them together.

After her eighteenth birthday, Asha is devastated to learn that she was adopted as a baby. What’s more, her birth mother died of a mysterious illness, leaving Asha with only a letter.

Nandini, Asha’s adoptive mother, has always feared the truth would come between them.

Veena, a recent widow, worries about her daughter Mala’s future. The shock of her husband’s sudden death leaves her shaken and convinces her that the only way to keep her daughter safe is to secure her future.

Mala struggles to balance her dreams and ambition with her mother’s expectations. She must bear a secret, the burden of which threatens her very life.

Three mothers—each bound by love, deceit and a young woman who connects them all. Secret Lives of Mothers & Daughters is an intergenerational novel about family, duty and the choices we make in the name of love.

Elizabeth Greene has published three volumes of poetry: The Iron Shoes (2007), Moving (2010) and Understories (2014). Her poems, short fiction, and essays have appeared in journals and anthologies across Canada, most recently in Where the Nights Are Twice As Long, ed. David Eso and Jeanette Lynes, and The Society for St. Peter’s Anthology (St. Peter’s College, Muenster, Saskatchewan). She has also edited/co-edited five books, including We Who Can Fly: Poems, Essays and Memories in Honour of Adele Wiseman, which won the Betty and Morris Aaron Prize (Jewish Book Awards) for Best Scholarship on a Canadian Subject in 1998. She lives in Kingston with her son and two cats. A Season Among Psychics is her debut novel.

Anita Kushwaha’s novel Secret Lives of Mothers & Daughters is an evocative and lyrical work. The intersecting stories of Mala, Nandini and Asha will leave readers enthralled; you won’t be able to stop turning pages in this well written dramatic tale of family, secrets, and betrayal.

Anita Kushwaha’s debut novel Secret Lives of Mothers & Daughters weaves together the stories of three women over three generations, their lives wrapped in cultural expectations and haunted by secrets. A beautiful but at times heartbreaking look at motherhood in its various forms, the story of Veena, Mala and Nandini drew me in. I didn’t put the book down until I had turned the last page.

Kushwaha writes what she knows, but does so in such harmonious prose that her story-telling rises to a level of universalism.

An engaging and thought-provoking read, Secret Lives of Mothers & Daughters paints a heart-wrenching portrait of the interconnected lives of women struggling with loss and coming to terms with the secrets they kept to meet society’s expectations. I couldn’t put it down!

Other titles by Anita Kushwaha

The Ties that Bind and (Sometimes) Bond