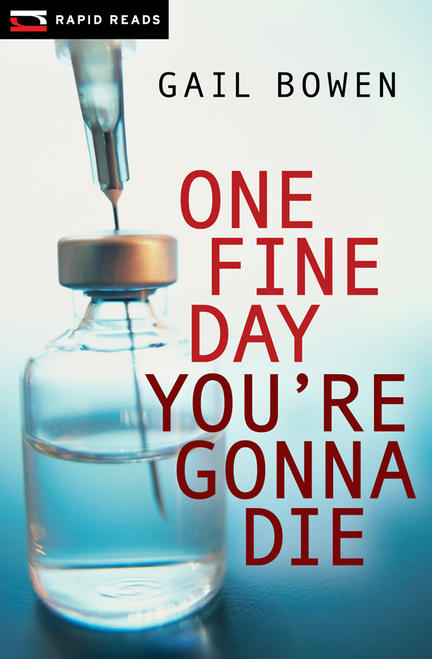 "Charlie D is back doing his late-night radio call-in show. It's Halloween -- The Day of the Dead. Not a day filled with good memories for Charlie, but the show must go on. His studio guest this evening is Dr. Robin Harris, an arrogant and ambitious ""expert in the arts of dying and grieving,"" who also seems to be auditioning for her own radio talk show. Charlie and Dr. Harris do not hit it off. Things go from bad to worse when the doctor's ex-lover, Gabe, goes on air to announce that he's about to end his life. Dr. Harris is entirely unsympathetic until she learns that Gabe also has her daughter Kali and plans to poison her too. It will take all of Charlie D's on-air skills to save both Gabe and Kali."

"Replete with suspense and tension, One Fine Day is compelling and difficult to put down."

"A page-turner of the best sort. Once again, Gail Bowen marshals her considerable talents and crafts a story that you will not stop reading until you reach the end. And when you do, you wonder what's next in store for Charlie It won't take much to hook readers on this Rapid Read! Highly Recommended."

"Radio personality Charlie D. hosts a 'Day of the Dead' show with a thanatologist, whose ex-lover calls in with terrifying news that propels the story to a heart-pounding finish. Psychological insights into people in crisis deepen the story, while the warm chemistry between Charlie D. and his likable producer will please romance fans...With rare voices and taut suspense, these titles provide accessible choices for struggling and strong readers alike."

"The problems, feelings and worries of all-night radio host Charlie D and his callers will be intensely familiar for many a teen reader...His first-person narration is smooth, smart, dryly self-deprecating and economical...[and] Bowen's minimalist style, resonant and suggestive, speaks volumes...The novel, like Bowen's popular Joanne Kilbourn amateur detective series, explores the infinitely variable, intractable mystery of relationships. It is not only a rapid read, but one that is gripping and thoughtful."

A Darkness of the Heart