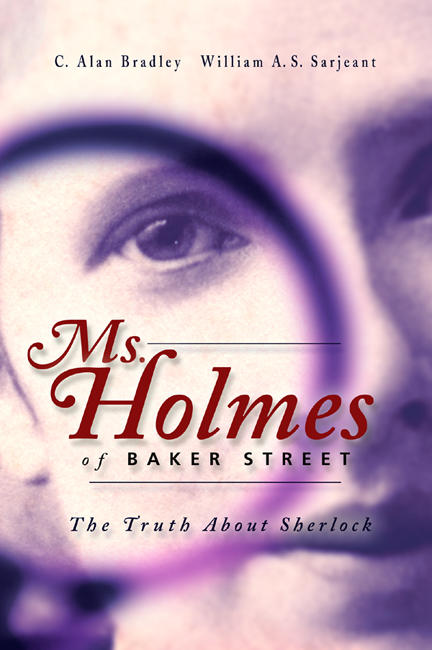 Sherlock Holmes strides into our imagination, deerstalker hat jauntily set on his head, pipe protruding from his mouth, and a formidable intellect from which he painstakingly masters the mysteries he investigates. Yet the qualities that set Holmes apart as a masterful sleuth are rather commonplace-perhaps even universal-in any woman. In a deep investigation of the literature of Sir Arthur Conan Doyle, C. Alan Bradley and William A.S. Sarjeant uncover the surprising truth about Sherlock Holmes.

Alan Bradley retired from the University of Saskatchewan after a career in radio and television broadcast engineering. A pioneer in television distance education, he now lives in Kelowna, British Columbia with his wife and cats. His interests are writing and the study of early herbals.

The late William A.S. Sarjeant was a Canadian geologist, historian, folk-singer, and writer. He published many articles on detective and mystery fiction.

Barbara Roden is an author and editor who has written extensively on Sherlock Holmes and Sir Arthur Conan Doyle. Awarded the title of Master Bootmaker by Canada`s national Sherlock Holmes society, she contributes a regular column to the journal Canadian Holmes. She currently lives in Ashcroft, British Columbia, where she jointly runs Calabash Press.

"Ms. Holmes of Baker Street is a work of literary and scholarly deduction worthy of its subject him-or is that her?-self. The most playful and intriguing scholarship produced by Canadians in recent memory, the book was reissued recently by The University of Alberta Press. Although based on thorough readings and academic interpretations of the various Holmes stories and adventures, it's still possible for the average reader to understand. A new edition-and a Canadian one-is welcome. The author's literary detective work remains as intriguing today as when it was first published." Francis O'Connor, The Peer Review, fall 2004

"Ms. Holmes of Baker Street: The Truth About Sherlock by C. Alan Bradley in collaboration with the late Sherlockian scholar William A.S. Sarjeant is a methodical survey and analysis of the literature of Sir Arthur Conan Doyle and his detective sleuth, Sherlock Holmes. Imaginative, methodical, scholarly, iconoclastic and very highly recommended reading for the legions of Sherlock Holmes fans, Ms. Holmes of Baker Street is as thoughtful and thought provoking, as it is controversial and unexpected." Margaret Lane, Reviewer's Bookwatch

"The authors have produced a lengthy and well reasoned argument, working through the canon chronologically, rather than in order of publication. They produce a multitude of evidence, which is nicely presented and is never allowed to become boring or tedious. I may not be quite convinced, but I enjoyed exploring the possibility." Geoff Bradley, CADS (Crime And Detective Stories), Vol. 46

"Some ardent Holmes fans may be taken aback or even angered by the authors' thesis, but most should find the book fun and interesting. The old stories are viewed in a new light, invigorating them with freshness. Holmes himself (herself?) would no doubt delight in reading this book and at the opportunity to play the sleuth in perhaps the greatest untold detective mystery of them all." Alan J. Couture, ForeWord Magazine

"The thesis of this meticulously researched and wittily argued book is that Sherlock Holmes was in fact born Charlotte Holmes and chose to live as a man in a Victorian society that harshly restricted women's potential." Trevor S. Raymond, Canadian Book Review Annual, 2005.

"The new edition of Ms. Holmes of Baker Street has a new introduction by Barbara Roden and a new afterword by Alan Bradley that explains the history of a book that was received in the Sherlockian world with outrage or admiration, and occasionally both, when it first appeared in 1989. The authors carefully examined the Canon, and present evidence that Holmes was female, twice pregnant, and possibly once a mother. It is a delight to see their conclusions in print again." Peter E. Blau, Sherlockians Newsletter, October 2004.

Other titles by William A.S. Sarjeant