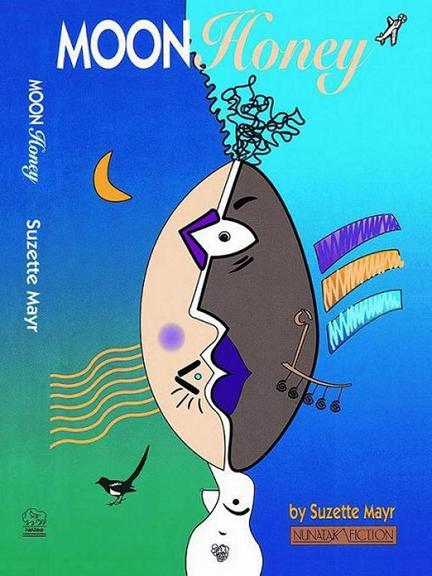 Carmen and Griffin, young and white, are goofy, head-over-heels in love. When Carmen turns into a black woman, Griffin thrills at a love turned exotic. But Carmen's transformation means trouble for Griffin's racist mother, already struggling with a new lover and a husband nicknamed God. The question is, can love be relied on to save the day? Moon Honey is a funny, sexy tale of love affairs and magical transformations.

Shortlisted for the Ferro-Grumley Award for LGBT FictionShortlisted for the Alberta Literary Award for Best FictionLonglisted for the Giller PrizeA seventeen-year-old boy, bullied and heartbroken, hangs himself. And although he felt terribly alone, his suicide changes everyone around him. His parents are devastated. His secret boyfriend's girlfriend is relieved. His unicorn- and virginity-obsessed classmate, Faraday, is shattered; she wishes she had made friends with him that time she sold him an Iced Cappuccino at Tim Hortons. His English teacher, mid-divorce and mid-menopause, wishes she could remember the dead student's name, that she could care more about her students than her ex's new girlfriend. Who happens to be her cousin. The school guidance counsellor, Walter, feels guilty - maybe he should have made an effort when the kid asked for help. Max, the principal, is worried about how it will reflect on the very Catholic school. And Walter, who's been secretly in a relationship with Max for years, thinks that's a little callous. He’s also tired of Max's obsession with some sci-fi show on TV. And Max wishes Walter would lose some weight and remember to use a coaster. And then Max meets a drag queen named Crêpe Suzette. And everything changes. Monoceros is a masterpiece of the tragicomic; by exploring the effects of a suicide on characters outside the immediate circle, Mayr offers a dazzlingly original look at the ripple effects - both poignant and funny - of a tragedy. A tender, bold work.

Other titles by Suzette Mayr

Dr. Edith Vane and the Hares of Crawley Hall