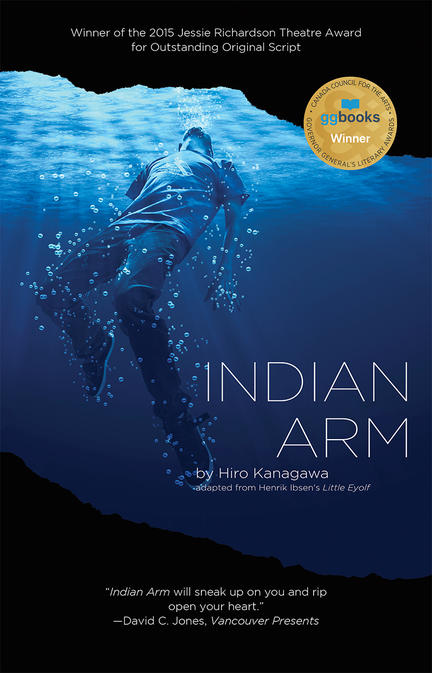 Rita and Alfred Allmers live in an isolated family cabin on native leasehold land overlooking Indian Arm, a still untamed glacial fjord just north of Vancouver, BC. With Alfred—a formerly promising novelist—now struggling with his latest work, Rita has been tasked with caring for their adopted son Wolfie, a sensitive First Nations teen who has been designated as “special needs” for much of his life. Rita’s resentments and frustrations are further embittered by her younger half-sister, Asta, a constant reminder of the innocence, idealism, and sexual allure Rita once had and yearns for again. The fragile impasse of their lives is torn asunder by the appearance of Janice, the surviving member of the Indigenous family who leased the land to Rita and Asta’s reclusive and mysterious father over fifty years ago. With the lease now expired, they are all engulfed by the secrets and contradictions of their lives and of the land itself—in both the past and the present—and their stories are drawn inexorably toward an unspeakable tragedy.

Hiro Kanagawa is a Vancouver-based actor, playwright, screenwriter, and teacher. His distinctions include Jessie Richardson Theatre Awards for both acting and playwriting, an Asians on Film Award, and an MFA from Simon Fraser University. Among his numerous screen credits he is perhaps best known for his recurring roles and guest appearances on popular American television series such as The X-Files, Smallville, iZombie, and The Man in the High Castle. Behind the camera, he was story editor on the critically acclaimed Canadian series Da Vinci’s Inquest, as well as Da Vinci’s City Hall, Intelligence, and Blackstone. On stage, his previous plays include Tiger of Malaya (Factory Theatre, Toronto/National Arts Centre, Ottawa), and The Patron Saint of Stanley Park (Arts Club, Vancouver).

“Indian Arm will sneak up on you and rip open your heart.” —David C. Jones, Vancouver Presents

Other titles by Hiro Kanagawa

The Patron Saint of Stanley Park

Books I want to Read