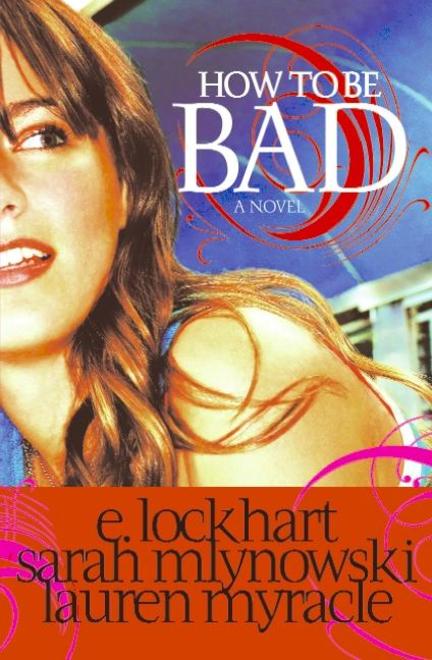 From three critically acclaimed and bestselling authors comes one story - equal parts charming, hilarious, and emotional - of a road trip that proves that sometimes it doesn't matter where you're going, since getting there is half the fun.

Three girls who couldn't be more different have one goal in mind: to get the heck out of Dodge. Well, Niceville, Florida, actually. But it might as well be called Nowheresville. Vicks is the wild-child fry cook whose boyfriend left for college and isn't returning any of her calls; Mel, the good girl in expensive jeans who just wants everyone to like her; and Jesse, the trailer-dwelling human morality meter who's discovered a life-altering secret -

Each has her own reason for climbing into Jesse's mom's beat-up station wagon and hitting the highway for a weekend trip, whether she knows it or not. Armed only with Vicks's ancient, battered copy of a guidebook called Fantastical Florida, a map Jesse picked up with her dwindling funds, and Mel's mom's credit card, they're Miami bound. Hearts will be broken, friendships will be tested, and a ridiculously hot stranger could change the course of everything. And if they don't kill each other first, Vicks, Mel and Jesse will not only have a road trip to remember, they'll have friends for life.

Lauren Myracle is the New York Times bestselling author of many books for young readers, including The Winnie Years (which begins with Ten), the Flower Power series (which begins with Luv Ya Bunches), and the Life of Ty series. She would like to be a Fuzzy so she could talk to unicorns and feed them berries. You can find Lauren online at laurenmyracle.com.

E. Lockhart is the author of many YA novels, including We Were Liars and The Disreputable History of Frankie Landau-Banks. She was voted worst driver in her senior class in high school.

Sarah Mlynowski is the New York Times bestselling author of the Whatever After series, the Magic in Manhattan series, Gimme a Call, and a bunch of other books for tweens and teens, including the Upside-Down Magic series, which she cowrites with Lauren Myracle and Emily Jenkins. Originally from Montreal, Sarah now lives in Los Angeles with her very own prince charming and their fairy tale-loving daughters. Visit Sarah online at sarahm.com and find her on Instagram, Facebook, and Twitter at @sarahmlynowski.

“The authors’ styles blend seamlessly, folding three characters’ distinct voices into a funny, poignant story about facing your troubles with friends at your side.”

“Whip-smart dialogue and a fast-moving, picaresque plot that zooms from lump-in-the-throat moments to all-out giddiness will keep readers going, and it’s a testimony to how real these girls seem that the final chapters are profoundly satisfying rather than tidy.”

Other titles by Lauren Myracle

Weather or Not (Upside-Down Magic #5)

Other titles by Sarah Mlynowski

Abby in Oz (Whatever After Special Edition #2)

Just Dance (Whatever After #15)

Just a Boy and a Girl in a Little Canoe

Abby in Oz (Whatever After Special Edition #2)