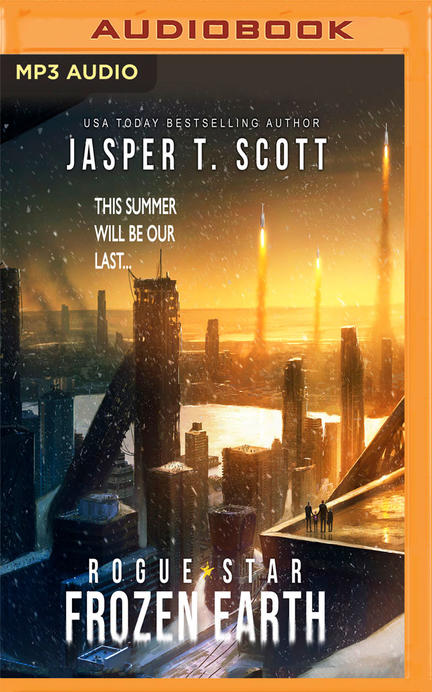 A dead star is headed for Earth...The shift in Earth's orbit will unleash a new ice age...And this summer will be our last.

The news breaks - Logan Willis's life is falling apart: he lost his job and found out that his wife is cheating on him all in the same day. Thinking that his world has ended, Logan checks into a hotel and turns on the TV to see that he's not far wrong - radio telescopes have detected mysterious signals coming from inside our solar system, and the source is moving toward us at over 500 miles per second. The media concludes that these signals must be of an alien origin. Still reeling from the news, Logan gets a phone call from his brother-in-law. Richard is talking crazy about the end of the world again, but this time he doesn't sound so crazy.

A deadly conspiracy unravels - Meanwhile, Richard, who is an astronomer working with the James Webb Space Telescope, is at the White House briefing the president to announce what he and the government have known for almost a decade: aliens are not invading, a frozen ball of gas is. The so-called rogue star is predicted to make a near pass with Earth, disrupting our orbit and unleashing an ice age, the likes of which we haven't seen for millions of years.

We're putting a colony on Mars - Government insider and billionaire Akron Massey has received a steady flow of funding over the past decade for his company, Starcast, to put a colony on Mars. Over the same period he's been using his personal fortune to create a colony closer to home where he plans to ride out the coming storm along with a thousand of the smartest people on the planet. Humanity will need seeds to plant in the ashes after the chaos clears.

And wars ignite - When the true nature of the threat becomes known, the nations of Earth prepare to fight over all the warmest parts of the planet. But as war fleets set sail and armies begin marching south, a stunning discovery is made that will change a lot more than just the weather....