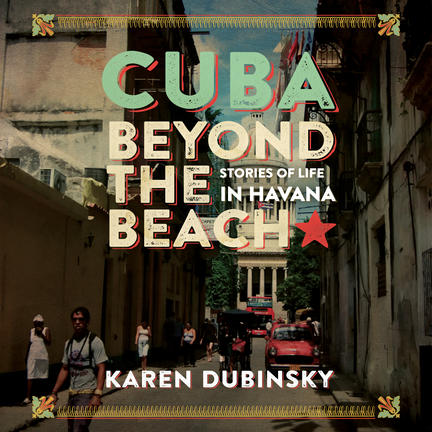 Havana is Cuba's soul: a mix of Third World, First World, and Other World. After over a decade of visits as a teacher, researcher, and friend, Karen Dubinsky looks past political slogans and tourist postcards to the streets, neighbourhoods, and personalities of a complicated and contradictory city. Her affectionate, humorous vignettes illustrate how Havana's residents—old Communist ladies, their sceptical offspring, musicians, underground vendors, entrepreneurial landlords, and poverty-stricken professors—go about their daily lives.

As Cuba undergoes dramatic change, there is much to appreciate, and learn from, in the unlikely world Cubans have collectively built for themselves.

A portion of the proceeds from the sale of this book will go to the Queen's University Student Overseas Travel Fund - The Sonia Enjamio Fund, which funds Cuban/Canadian student exchange.

Karen Dubinsky started visiting Cuba in 1978, and has lived in Havana intermittently since 2004. She is a professor in the Department of Global Development Studies at Queen’s University and co-teaches a course in Havana for Queen’s students. She is the author of The Second Greatest Disappointment.

“This is an intimate portrait of Havana, enriched by Dubinsky’s personal anecdotes and stories of her Cuban friends. It chronicles the resourcefulness and resilience of the Cuban people and will appeal broadly to anyone traveling to Cuba or readers who just want to be transported there."— Publishers Weekly