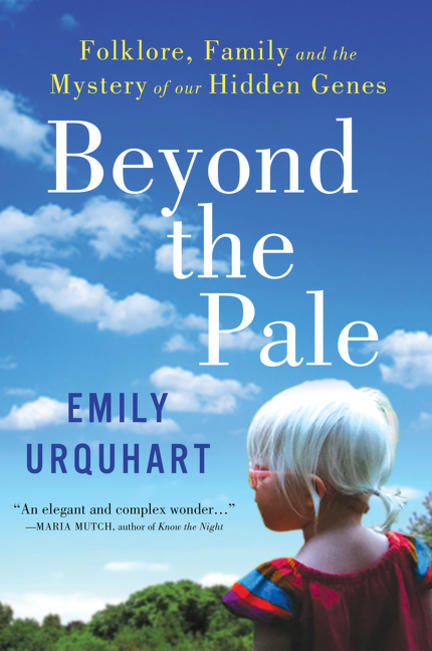 The story begins on St. Stephen's Day, 2010, in St. John's, Newfoundland, when the author gives birth to a baby girl named Sadie Jane who has a shock of snow-white hair. News of the child's icy locks travels across the hospital, and physicians and nurses from all wards visit the unusually beautiful newborn as she lies sleeping in her plastic bassinet. The maternity-floor janitor, however, feels something is amiss. Her eyes wide, incredulous and panicky, Emily asks, "Is she an albino?" The idea is immediately dismissed, but after three months of medical testing, Sadie is diagnosed with albinism, a rare genetic condition where pigment fails to form in the skin, hair and eyes. She is visually impaired and faces a lifetime indoors. She will always have the otherworldly appearance that drew the awestruck hospital staff to her side.

A journalist and folklore scholar accustomed to processing the world through other people's stories, Emily is drawn to understanding her child's difference by researching the cultural beliefs associated with albinism worldwide. What she finds on her journey vacillates between beauty and darkness. She discovers that Noah's birth story is believed to be the first record of a baby born with albinism, and that the Kuna people in Panama revere members of their society with albinism, seeing them as defenders of the moon in the night sky. She attends a gathering of people with albinism in St. Louis and interviews geneticists, social scientists, novelists and folklorists in Canada, England and the US. But when she uncovers information about gruesome attacks on people with albinism in Tanzania, rooted in black magic, she feels compelled to travel to East Africa, her sun-shy toddler in tow, in an effort to understand these human-rights violations.

While navigating new territory as a first-time parent of a child with a disability, Emily embarks on a three-year journey across North America and Africa to discover how we explain human differences, not through scientific facts or statistics but through a system of cultural beliefs. Part parenting memoir, part cultural critique and part travelogue, Beyond the Pale, as the title suggests, takes the reader into dark and unknown territory in the search for enlightenment.

EMILY URQUHART is a National Magazine Award–winning writer and has a doctorate in folklore from Memorial University of Newfoundland. Her first book, Beyond the Pale: Folklore, Family, and the Mystery of Our Hidden Genes, was a Maclean’s bestseller, a finalist for the BC National Award for Canadian Non-Fiction, and a Globe and Mail Best Book of 2015. Her freelance writing has appeared in the Toronto Star, The Walrus Magazine, Longreads, the Rumpus, and Eighteen Bridges, among other publications. She is a nonfiction editor for the New Quarterly and teaches creative nonfiction at Wilfrid Laurier University. She lives in Kitchener, Ontario, with her husband and their two children.

Other titles by Emily Urquhart

The Age of Creativity

Art, Memory, My Father, and Me