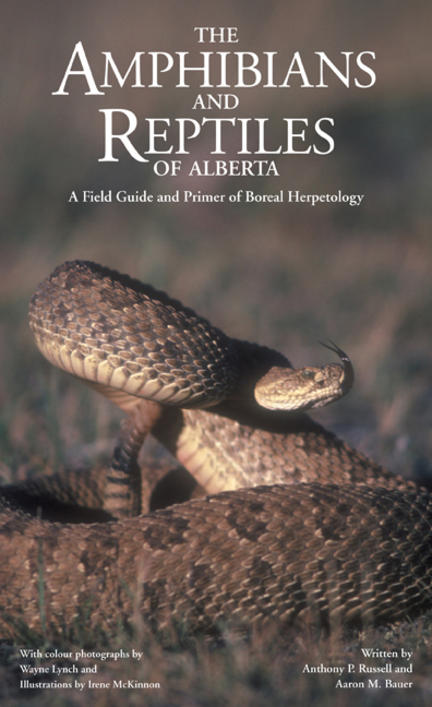 Amphibians and reptiles (herpetofauna) are a significant but much-neglected component of the natural economy of the province of Alberta. This second edition, which continues both as a field guide and a comprehensive natural history, builds on the strengths of the first with a richly illustrated text and colour photographs of the species taken by renowned wildlife photographer Wayne Lynch.

The award-winning first edition received recognition in the Emerald Awards for Environmental Excellence. This second edition has been thoroughly revised and updated. Nomenclature has been changed to reflect current thinking in the field. New photographs have been added, and maps and illustrations have been updated.

Anthony P. Russell is a professor in the Department of Biological Sciences at the University of Calgary.

Aaron M. Bauer is a professor in the Department of Biology at Villanova University, Pennsylvania.

"...this is an important book that helps direct attention to boreal herpetology. Given the currently high public interest in a possible global decline of amphibians, this book is particularly timely." -- Herpetological Review

Other titles by A.P. Russell

Other titles by Aaron M. Bauer

Other titles by Irene McKinnon